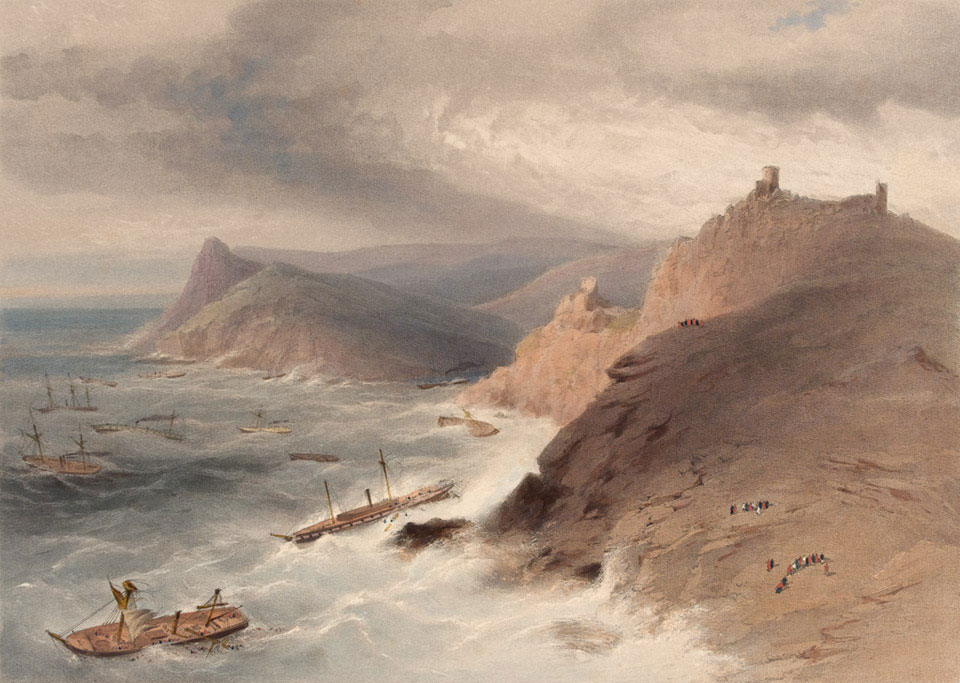 Coloured tinted lithograph by R Carrick, 1855. One of 40 lithographs from 'The Seat of War in the East - First Series' after William Simpson, published by Paul and Dominic Colnaghi and Company, 15 January 1855.

On 14 November 1854 a great storm swept the Crimea. The tents at the Allied camp outside Sevastopol were destroyed. Several British ships were wrecked, including the steamship HMS 'Prince' which was carrying warm winter clothing and hay for the Commissariat's horses. Nearly 30 vessels with their precious cargoes of medical supplies, food, clothing and other necessaries were damaged.