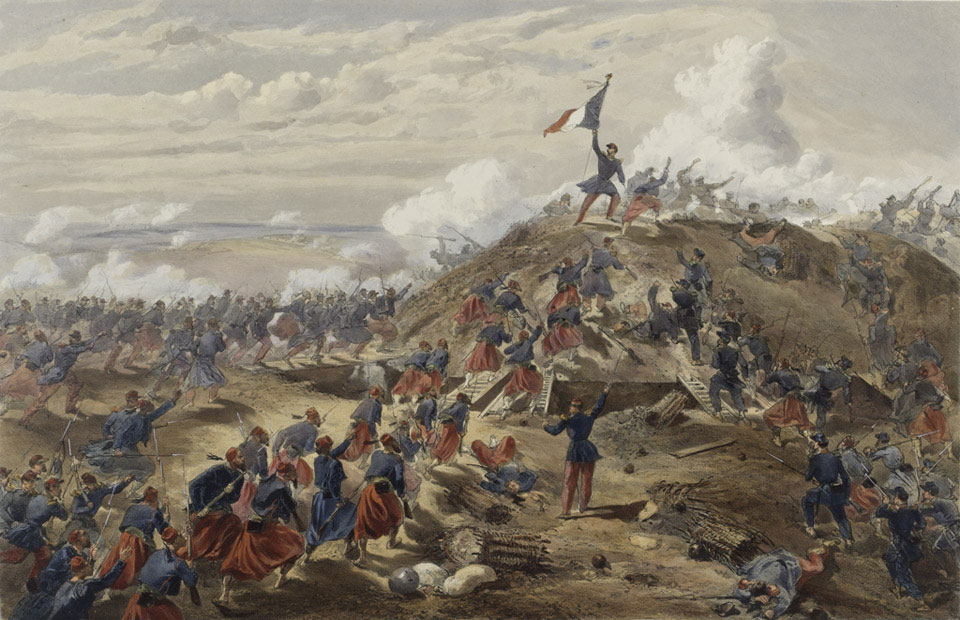 'Attack on the Malakoff'

Coloured tinted lithograph by E Morin, 1855. One of 41 lithographs from 'The Seat of War in the East - Second Series', after William Simpson. Published by Paul and Dominic Colnaghi, 22 October 1855. Printed by Day and Son.

The Malakhov (or Malakoff) was one of the key Russian defences at Sevastopol during the Crimean War (1854-1856). A cornerstone of Lieutenant-General Eduard Totleben's intricate defensive system, its stone tower rested on earthworks and there were artillery batteries on either side, linked up to trenches and firing points. The French successfully assaulted the Malakhov on 8 September 1855, an act that marked the effective end of the siege.