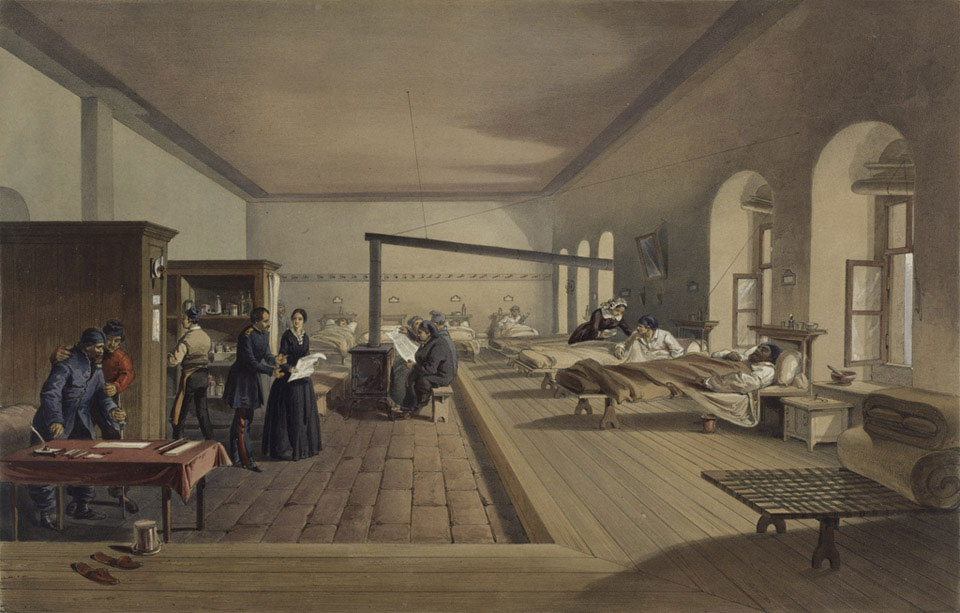 Coloured tinted lithograph by E Walker, 1856. One of 41 lithographs from 'The Seat of War in the East - Second Series', after William Simpson, published by Paul and Dominic Colnaghi, printed by Day and Son.

Florence Nightingale (1820-1910) was famous for her work at the Military Hospital at Scutari in Turkey during the Crimean War (1854-1856). At first, the male Army doctors did not want Nightingale and her nurses at Scutari and were contemptuous of their ability to help. After the arrival of fresh casualties from the Battle of Inkerman in November 1854, the staff were soon fully stretched. They now accepted the nurses' aid. The 'Lady-in-Chief', as Florence was called, improved medical and sanitary arrangements, set up food kitchens, washed linen and clothes, wrote home on behalf of the soldiers and introduced reading rooms.