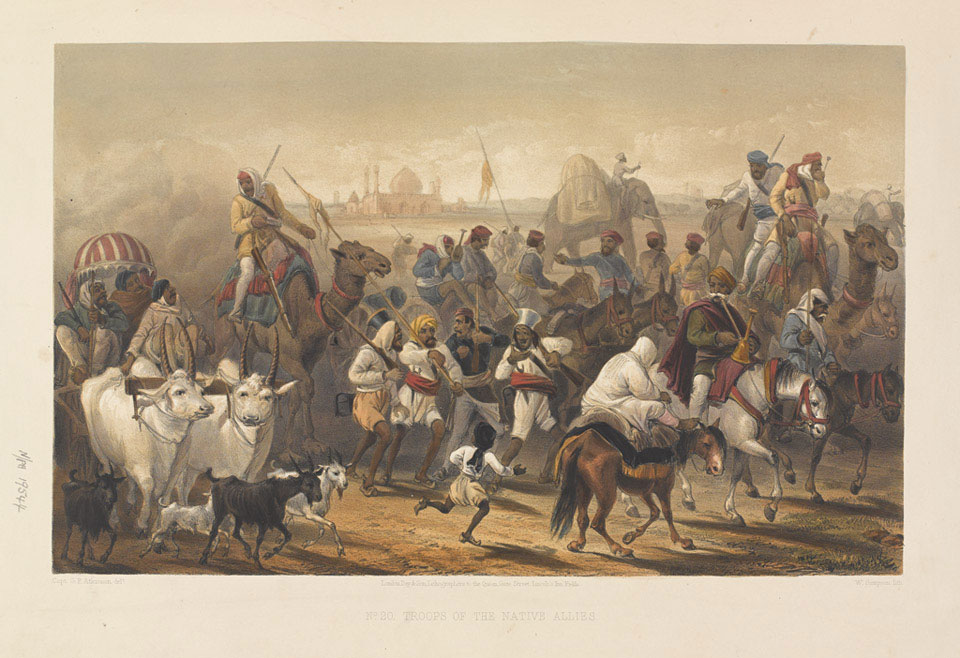 Although the Bengal Army rebelled during the Indian Mutiny (1857-1859), the East India Company's Madras and Bombay Armies were relatively unaffected and other regiments, including Sikhs, Punjabi Moslems and Gurkhas, remained loyal, partly due to their fear of a return to Mughal rule. They also had little in common with the Hindu sepoys of the Bengal Army. All three groups helped capture Delhi and took part in its subsequent looting. They were helped by the soldiers of those native states that opted to support the British.