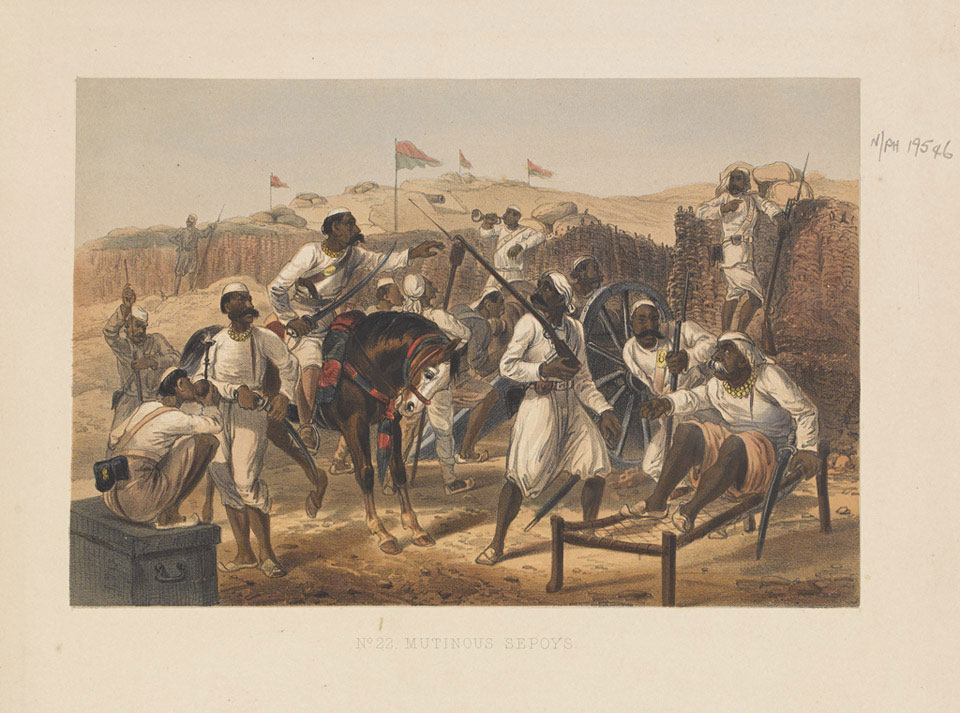 Although Hindu sepoys of the Bengal Army formed the majority of the rebel forces during the Indian Mutiny (1857-1859), many others took part. The revolt spread beyond the army to include Indian rulers angered by the East India Company's annexation of native states. Thousands of common people rose up for religious reasons, out of loyalty to their old kingdoms or simply to engage in looting. Jihadis and other non-sepoys made up at least half of the Indian forces during the siege of Delhi. Others wanted to destroy the zamindari landlord system by which the Company collected taxes.