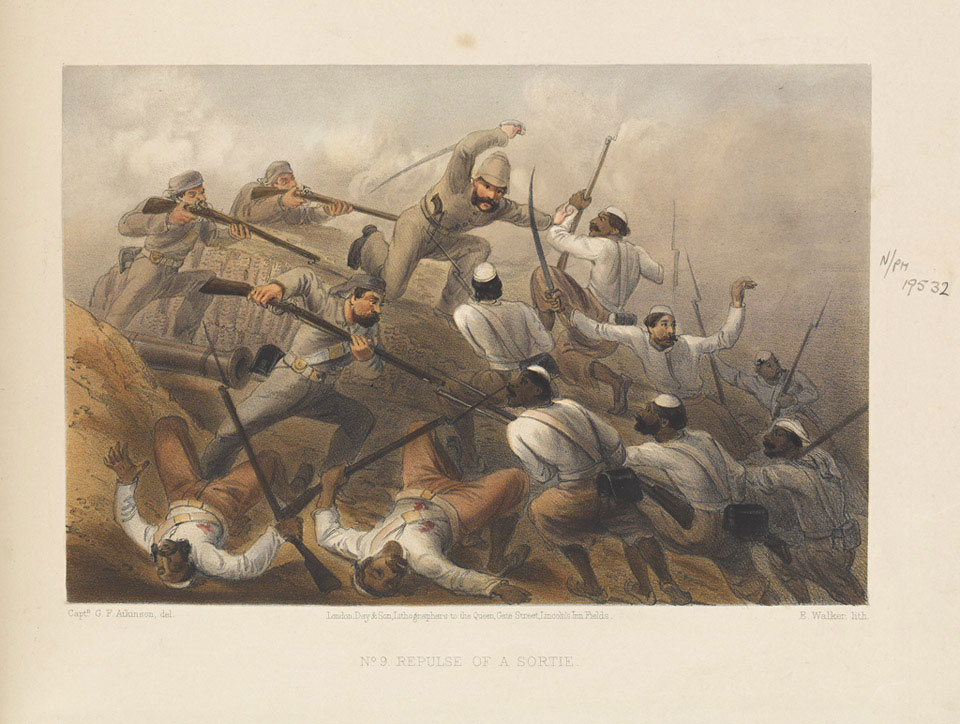 On 7 June 1857 a hastily raised force of 4,000 British and Indian soldiers succeeded in occupying a ridge overlooking Delhi, but it was far too weak to attempt to retake the city. Faced by over 30,000 mutineers they came under increasing pressure themselves. The army began to suffer losses through cholera, including its commander Major-General Sir Henry Barnard. Reinforcements gradually arrived from the Punjab, but throughout the searing heat of the summer, the soldiers on the ridge were forced to hold off repeated rebel sorties from the city.