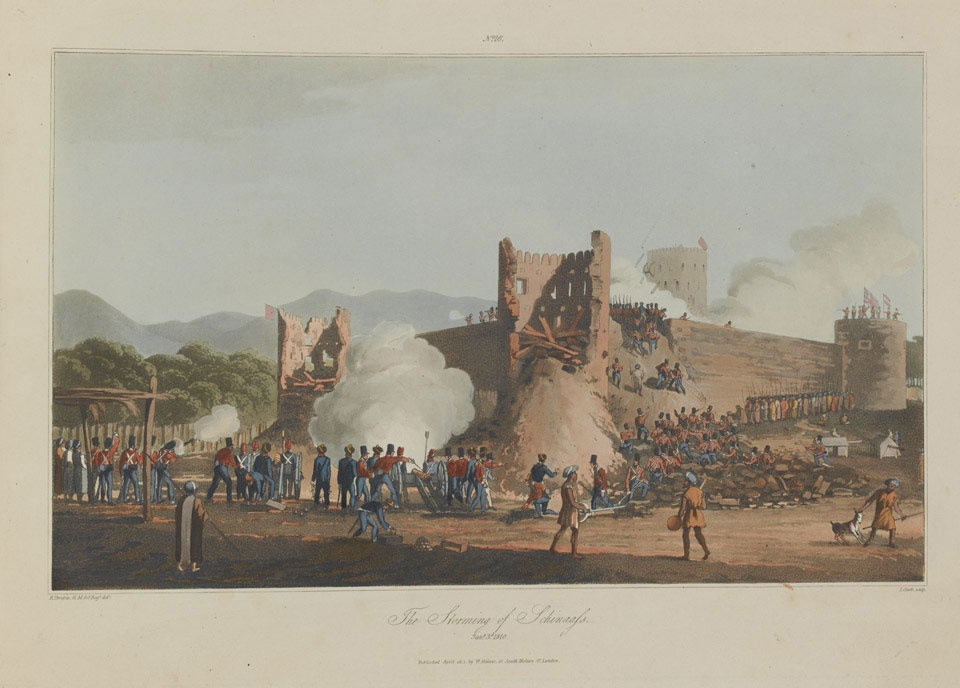 The Storming of Schinaass, 3 January 1810

Between 1793 and 1815 Britain was almost constantly at war with France. The ships, sailors and soldiers needed to safeguard trade were in short supply, so the activities of pirates grew. For example, Arabian pirates often attacked merchant shipping in the Persian Gulf. This led the Bombay Presidency to launch an attack on the pirate settlements there in late 1809. As well as Presidency troops, the 47th and 65th Regiments of Foot played an important role. Two more joint Army-Navy campaigns against Gulf pirates followed in 1819 and 1821.