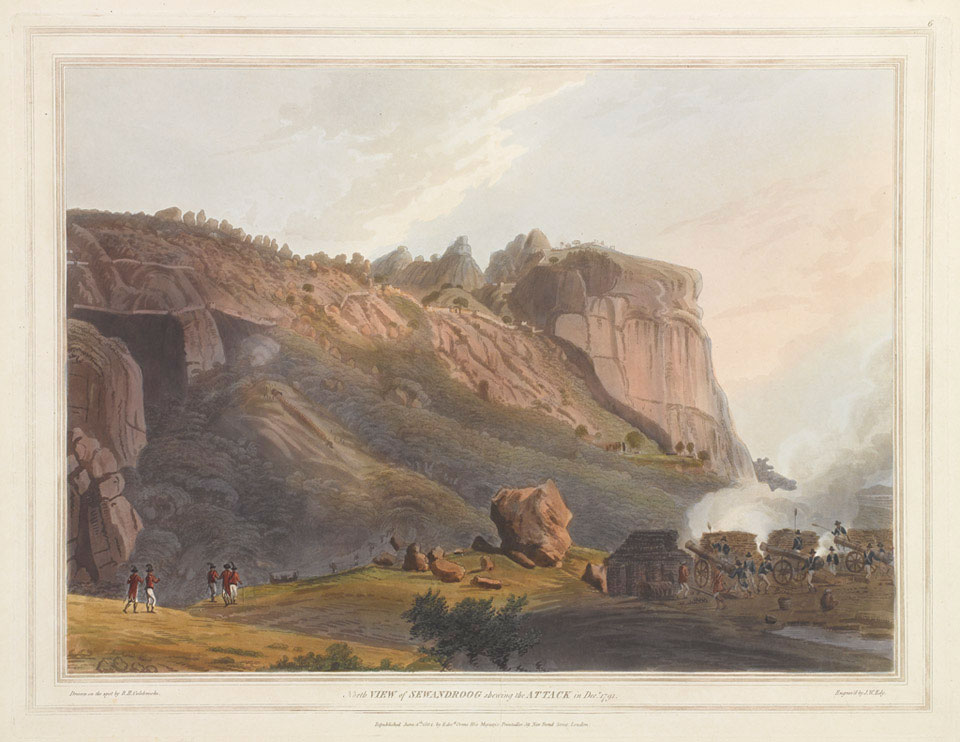 Aquatint by John William Edy, after Lieutenant-Colonel Robert Hyde Colebrooke (1762-1808). From a series, 'Twelve Views of Places in The Kingdom of Mysore, The Country of Tippoo Sultan.

Colebrooke served in the 3rd Mysore War (1790-1792), surveying the route of the return march from Madras to Calcutta, 1791-1792. As part of this work he made drawings of Seringapatam, Bangalore and the topography of Mysore.