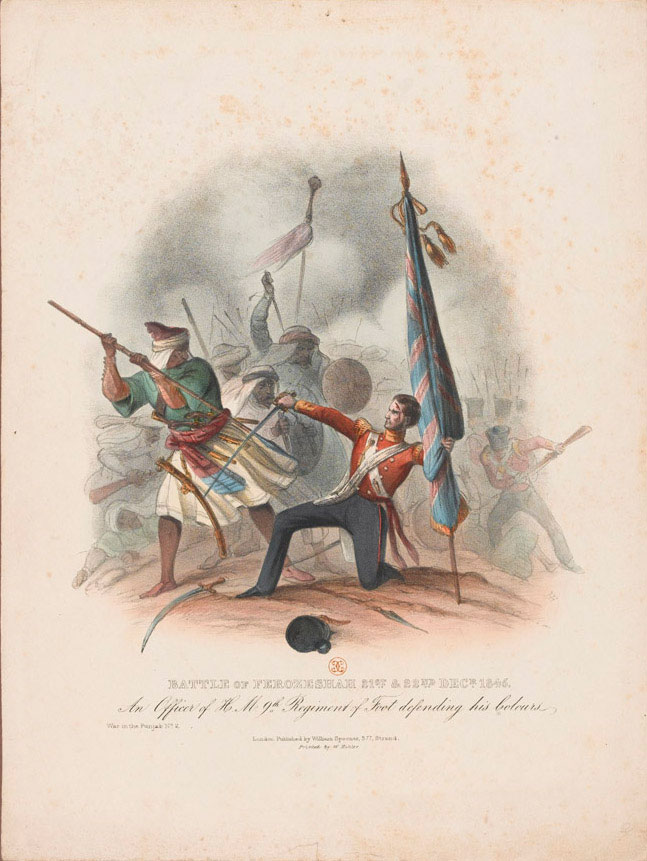 Coloured lithograph by W Kohler after L'Enfant Brothers, No 2 in the series 'War in the Punjab', published by William Spooner, 1845 (c).

This print shows an officer of the 9th (The East Norfolk) Regiment of Foot fighting off Sikh soldiers attempting to seize his Regiment's colour during the Battle of Ferozeshah.