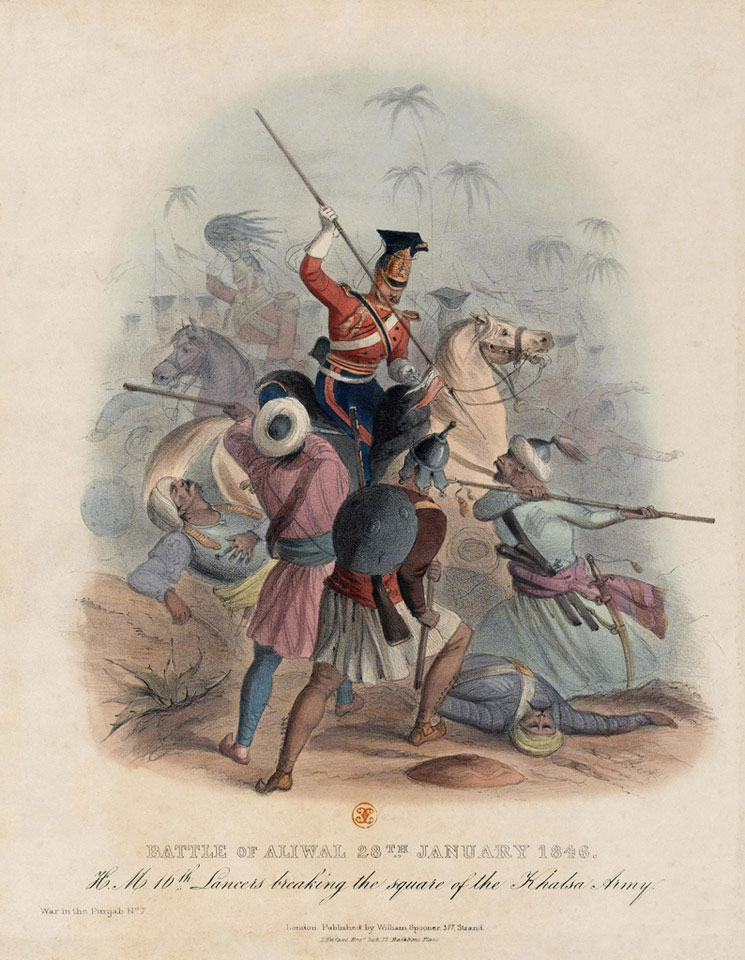 The Battle of Aliwal on 28 January 1846 was fought during the 1st Sikh War (1845-1846) between a force of 10,000 British and Indian troops under the command of General Sir Harry Smith and a 15,000 strong Sikh army led by Ranjur Singh. The Sikh forces occupied an entrenched position between the villages of Aliwal and Bhundri, close to the River Sutlej. Smith drove the Sikhs out of Aliwal with his infantry and then rolled up their line with cavalry and artillery support. The 16th Lancers charged several times during the action, breaking a number of Sikh infantry squares and overrunning a battery of Sikh artillery.