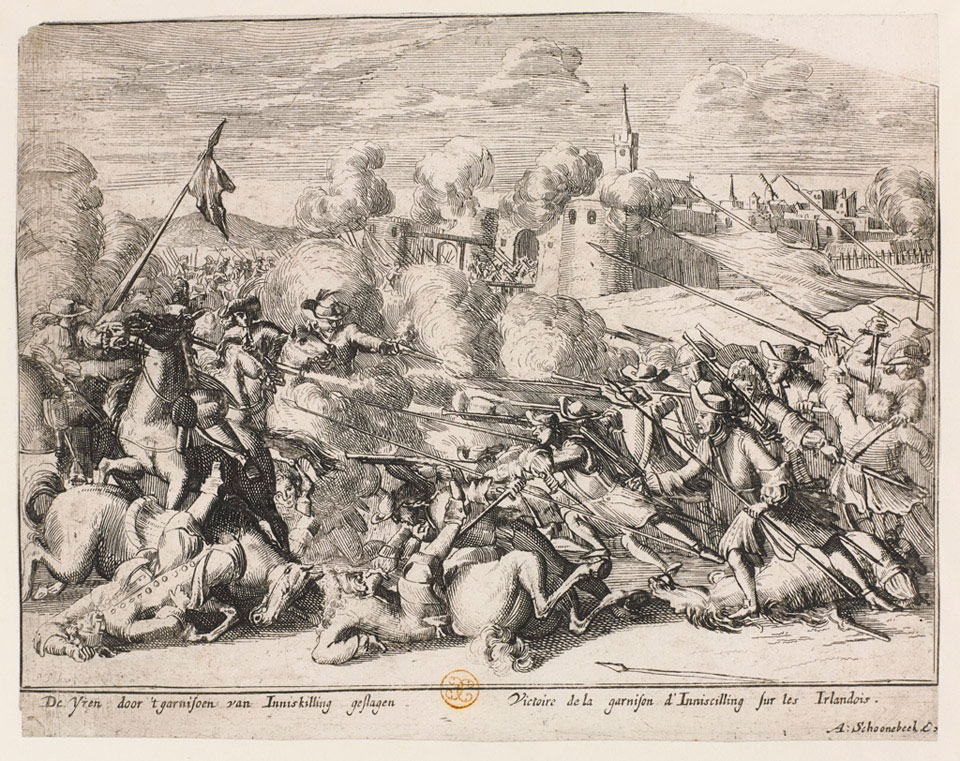 Etching published by A Schoonebeek from the Dutch series 'The Life of William III', 1691 (c).

During the Irish War (1689-1691), Enniskillen was held by forces supporting William III. It was used as a base to attack Jacobite forces. The Williamite outpost at nearby Crom Castle was besieged in March 1689 but the attackers were driven off by a relief force from Enniskillen. In July 1689 Jacobite forces advancing on Enniskillen were defeated at Newtonbutler.