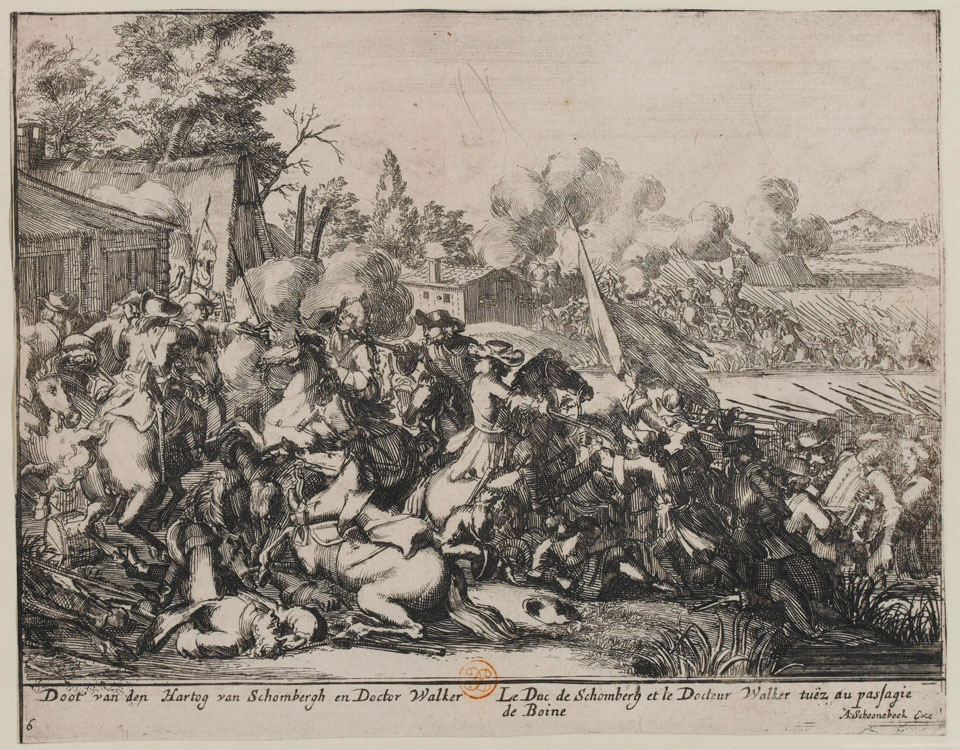 Etching published by A Schoonebeek, contemporary, from the Dutch series 'The Life of William III', 1691 (c).

Marshal Schomberg (1615-1690) was German in origin, but had served as an officer in the Swedish, Dutch, French and Portuguese forces, as well as various German armies. He was King William III's second-in-command during the Glorious Revolution of 1688. The following year he was rewarded with a peerage and became a Knight of the Garter. He commanded William's armies on their expedition to Ireland, and was killed at the age of 75 while rallying his troops at the Battle of the Boyne (1690).