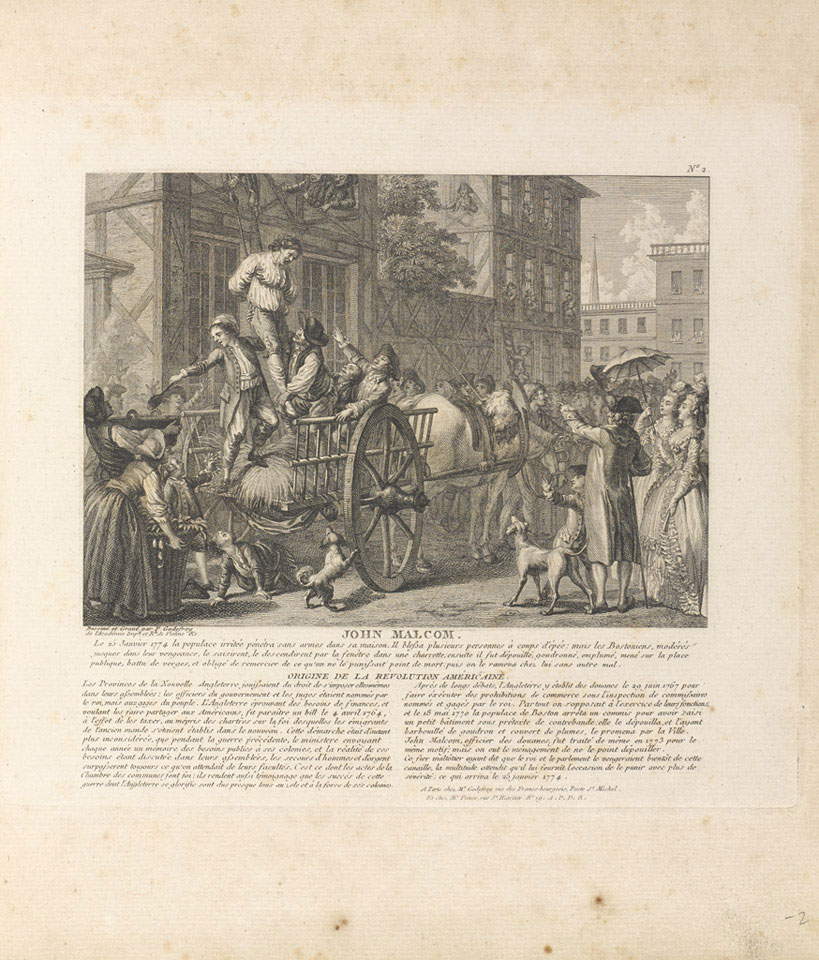 This print depicts an incident during the political unrest that followed the 'Boston Tea Party' of December 1773 when colonists dumped a cargo of British tea into Boston harbour in protest at the Crown's attempt to tax. In response, the government introduced a series of measures known as 'Intolerable Acts', which closed the port of Boston and put Massachusetts under military rule.

Previously the American colonies had been allowed to develop with little interference. London was attempting to tighten its political control. Many colonists were convinced that their economic prosperity and liberty were under threat. The Boston unrest thus played a key part in causing the American War of Independence (1775-1783).