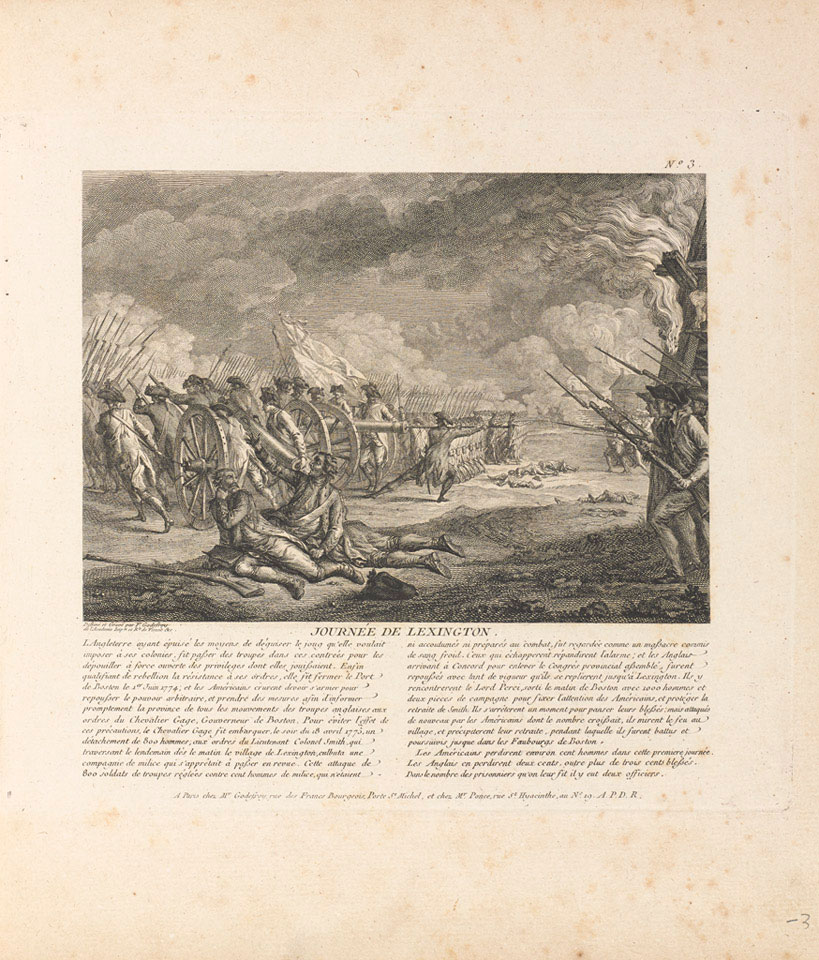 This French propaganda print depicts British Redcoats fleeing from American militiamen. In fact, the militia withdrew first following a brief skirmish with few casualties on either side. More importantly, the fighting was politically disastrous for the British. The violence turned a colonial revolt against British economic policy into the American War of Independence (1775-1783).