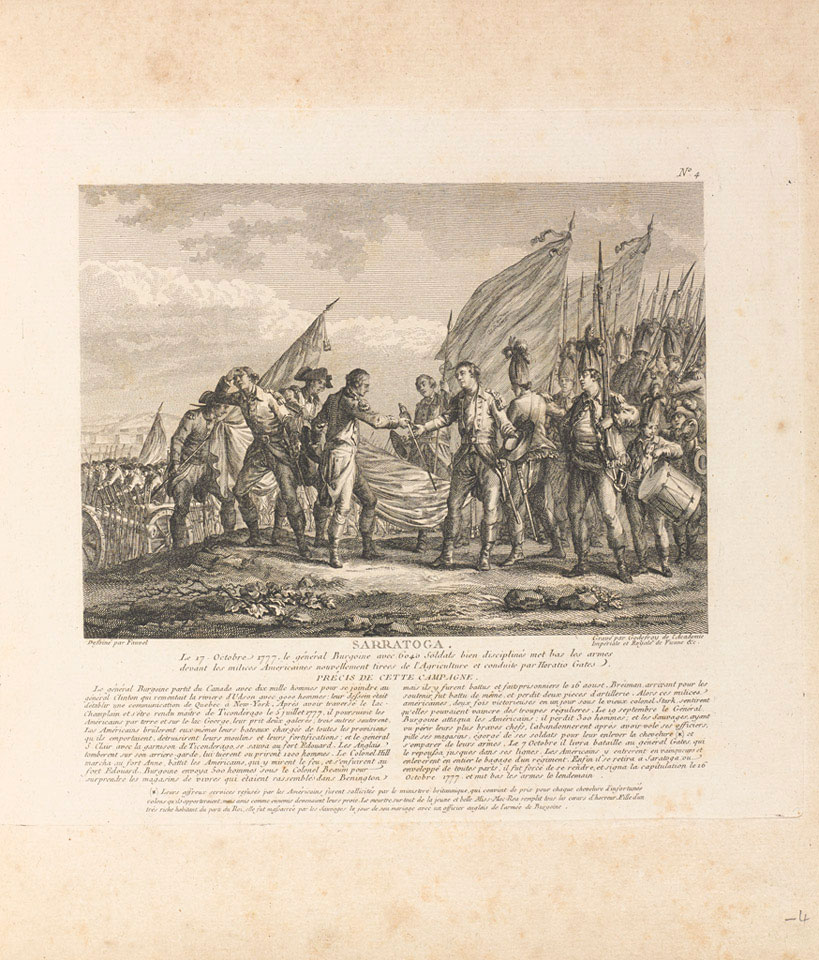 The surrender of General Burgoyne at Saratoga, 1777

During the American War of Independence (1775-1783), General Sir John Burgoyne attacked the American forces at Bemis Heights on 7 October 1777, in an attempt to break through their position and so avoid being encircled. Burgoyne had marched from Canada down into New York several months earlier, but the need to garrison captured forts and two defeats at rebel hands had reduced his force, which was soon encircled.

The British troops were repelled and Burgoyne lost several of his most effective officers, including Brigadier Simon Fraser. Burgoyne surrendered his remaining men at Saratoga on 17 October 1777. The defeat had far-reaching consequences as it helped persuade the French to enter the war on the American side.