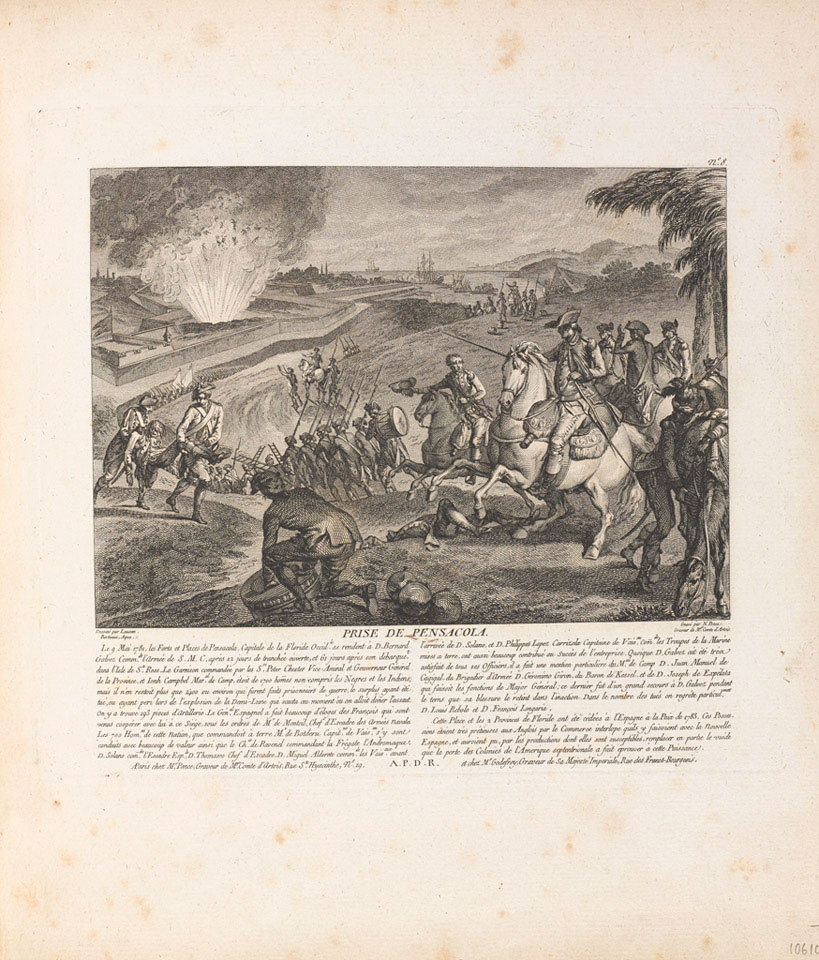 When France and Spain entered the American War of Independence (1775-1783) on the Patriot side they sought to recapture the province of West Florida, which had been won from Spain by Britain in the Seven Years' War (1756-1763). In 1781 Spain captured Pensacola and its garrison after a short siege.

This engraving depicts the magazine of one of Pensacola forts exploding after it was hit during an artillery bombardment on 8 May 1781. The Spanish were able to take the fort and then direct fire on to the rest of Pensacola's defences. The town surrendered later that day. As part of the 1783 Peace of Paris that ended the war, Britain ceded the territory of West Florida back to Spain.