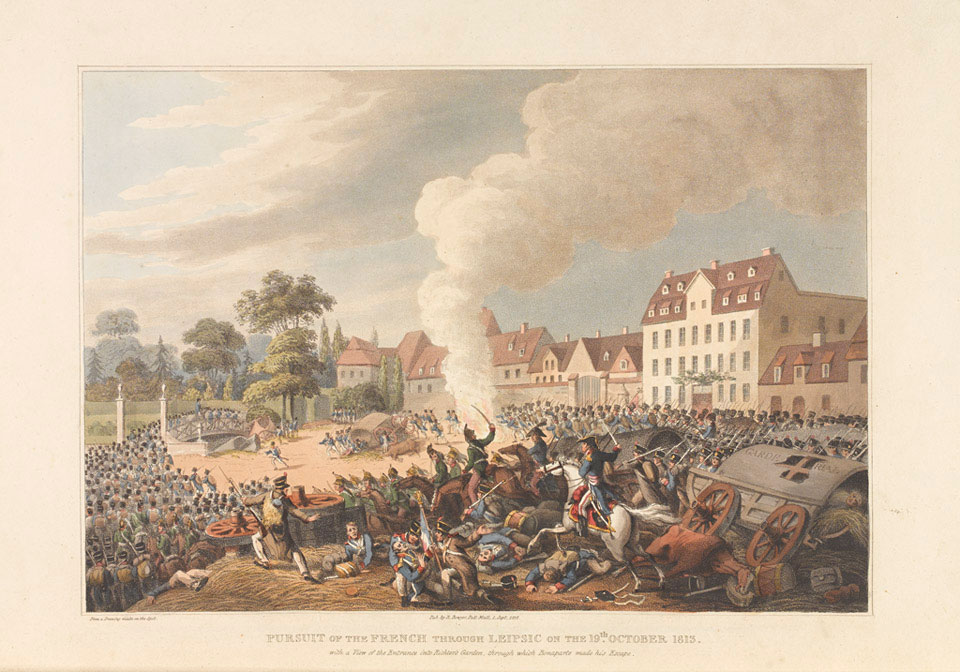 'Pursuit of the French through Leipzig on the 19th October 1813'

From a Volume of 25 aquatints, five engravings and two maps, printed by T Bensley, published by R Bowyer, 1815. An illustrated record of important events in the Annals of Europe during the years 1812-1815.

The Battle of Leipzig (13-19 October 1813) the largest battle of the Napoleonic Wars (1803-1815) and the biggest in Europe until the First World War. The Russians, Prussians, Austrians, Saxons and Swedes decisively defeated Napoleon's French Army, ending its campaign in Germany. The Emperor was compelled to retreat while the victorious coalition pursued him, invading France the following year.