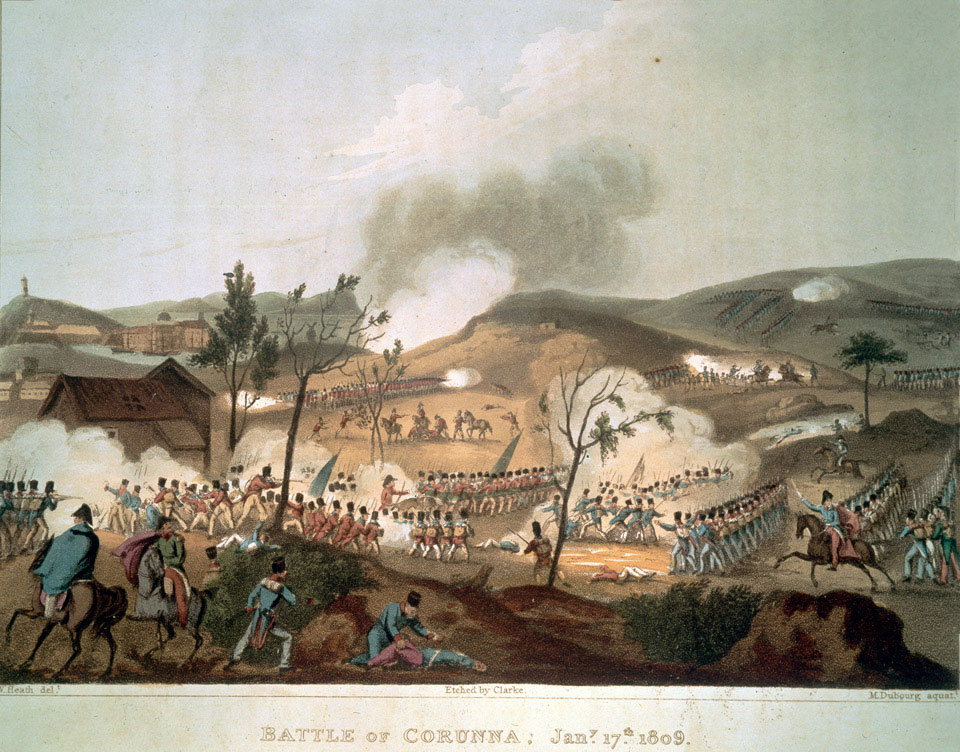 Aquatint by M Dubourg, etched by Clarke after W Heath. From 'The Martial Achievements of Great Britain and Her Allies from 1799 to 1815'.

When Napoleon arrived in Spain with 200,000 soldiers, Lieutenant General Sir John Moore withdrew his force northwards to the port of Corunna. There he fought a skillful rearguard battle on 16 January 1809 that kept the French from attacking his embarking army. Moore was mortally wounded during the engagement and buried in the ramparts of the town. His French counterpart, Marshal Soult, was so impressed by Moore that he ordered a monument erected to his fallen foe as a sign of respect.