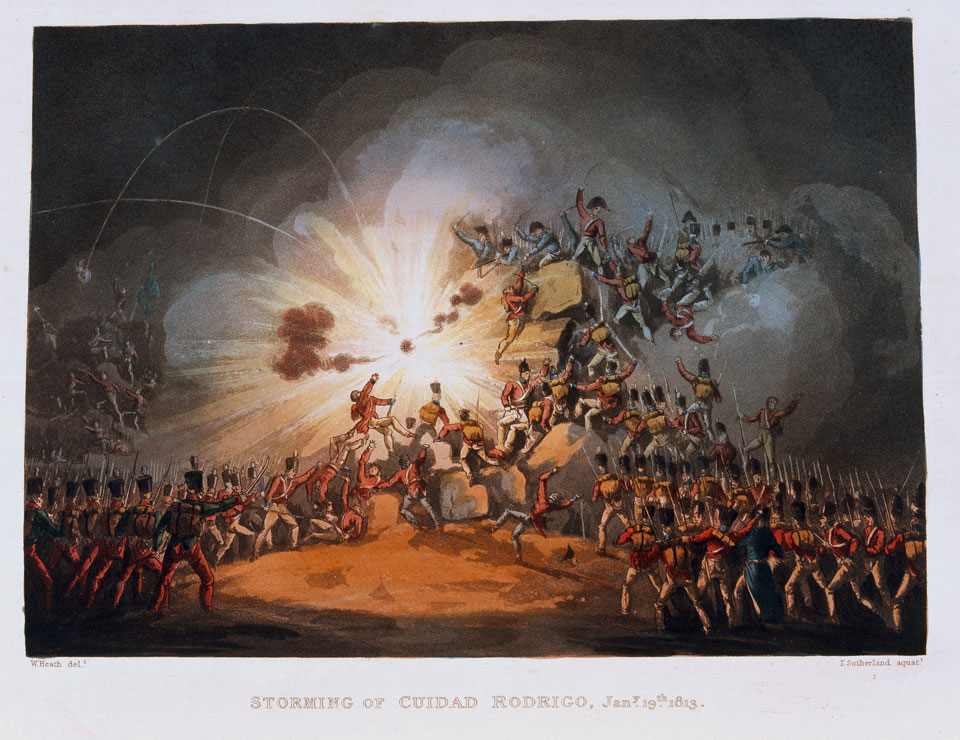 Aquatint by T Sutherland after W Heath, published by J Jenkins, 1 May 1815. From 'The Martial Achievements of Great Britain and Her Allies from 1799 to 1815'.

Ciudad Rodrigo was taken by storm on the night of 19-20 January 1812 after several days of bombardment that opened up two breaches. These were stormed by Major-General Sir Thomas Picton's 3rd Division and Major-General Sir Robert Craufurd's Light Division. Allied losses in the siege were 195 killed and 916 wounded. The French garrison under Brigadier-General Barrié lost 529 killed and wounded, while the rest were captured.