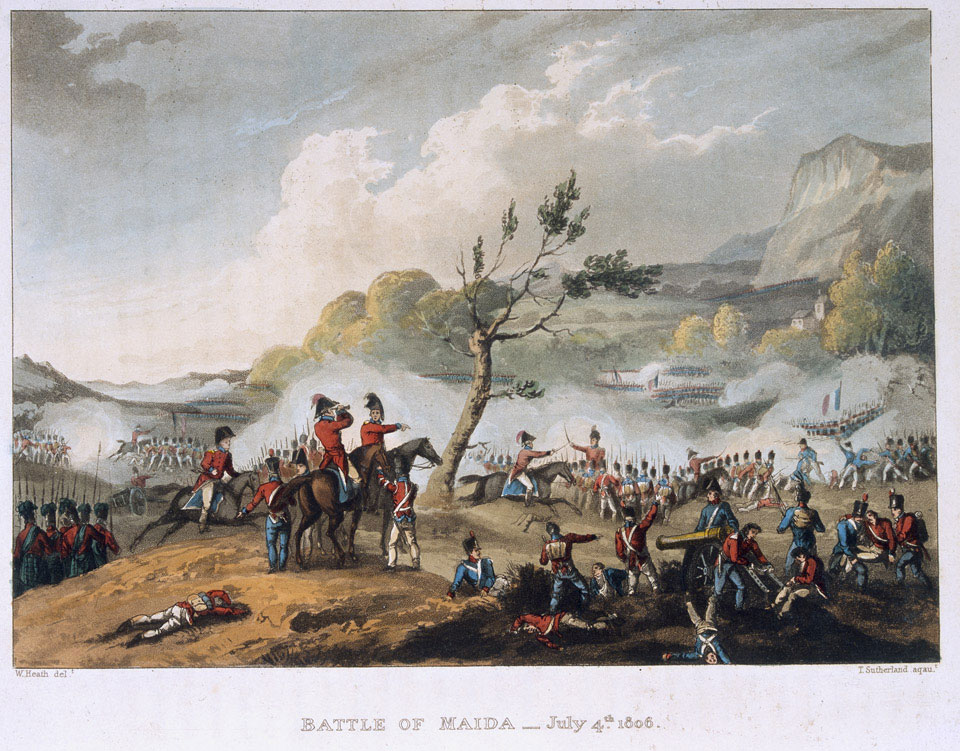 The Battle of Maida was a victory for Major-General John Stuart's British and Neapolitan-Sicilian army against the French outside the town of San Pietro di Maida in Calabria. The British expedition to Calabria aimed to encourage insurrection against the French within the Kingdom of Naples and prevent any potential invasion of Sicily.

From 'The Martial Achievements of Great Britain and Her Allies from 1799 to 1815'.