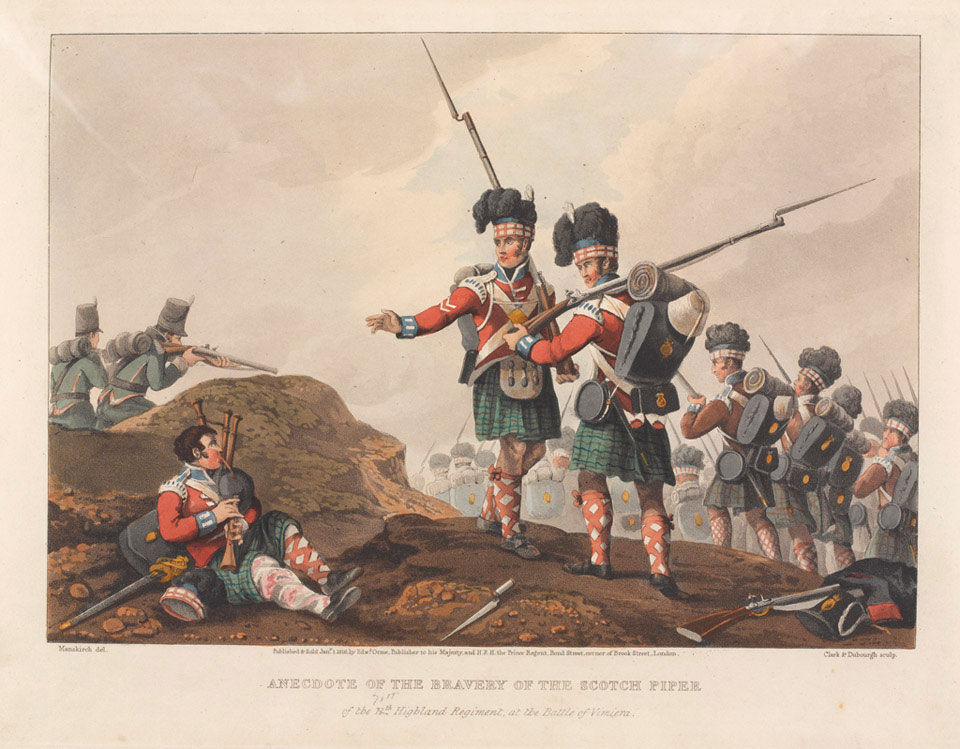 'Anecdote of the bravery of the Scotch piper of the 71st Highland Regiment, at the Battle of Vimiero'

Aquatint drawn by Manskirch, engraved by Clark and Dubourg, published 1816. From 'Historic, Military and Naval anecdotes, of personal valour, bravery and particular incidents which occurred to the armies of Great Britain, 1803-15, and her allies, in the last long-contested war terminating with the Battle of Waterloo', published by Edward Orme, 1819.

This work depicts an incident during the Battle of Vimeiro (1808) during the Peninsular War (1808-1814) when wounded Piper George Clark of the 71st Highlanders continued to play to bolster his comrades' morale.