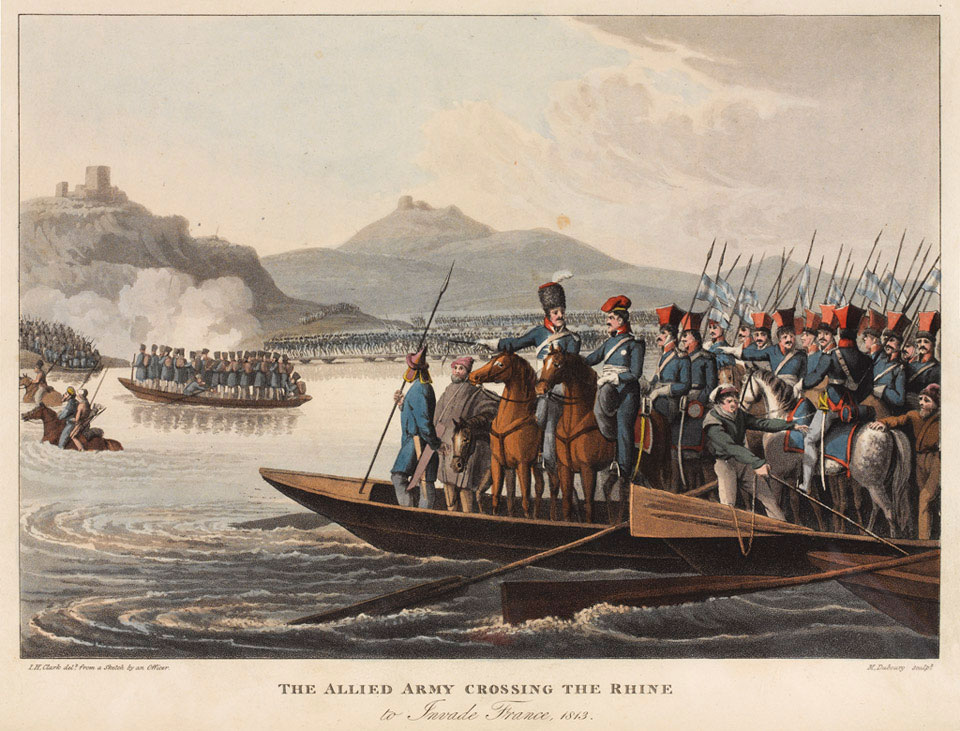 The Allied Army crossing the Rhine to invade France, 1813

Aquatint drawn by I M Clark from a sketch by an officer, engraved by M Dubourg, published 1 July 1816. From 'Historic, Military and Naval anecdotes, of personal valour, bravery and particular incidents which occurred to the armies of Great Britain, 1803-15, and her allies, in the last long-contested war terminating with the Battle of Waterloo', published by Edward Orme, 1819.

Following their decisive victory over Napoleon at the Battle of Leipzig (16-19 October 1813), Russian, Austrian, Prussian and Swedish soldiers advanced through the German states. Most of these had been French client states and provided troops for Napoleon's armies, but they now abandoned him. Three separate Allied armies then invaded northern and eastern France in December 1813 and January 1814. In April, they captured Paris and Napoleon was forced to abdicate.