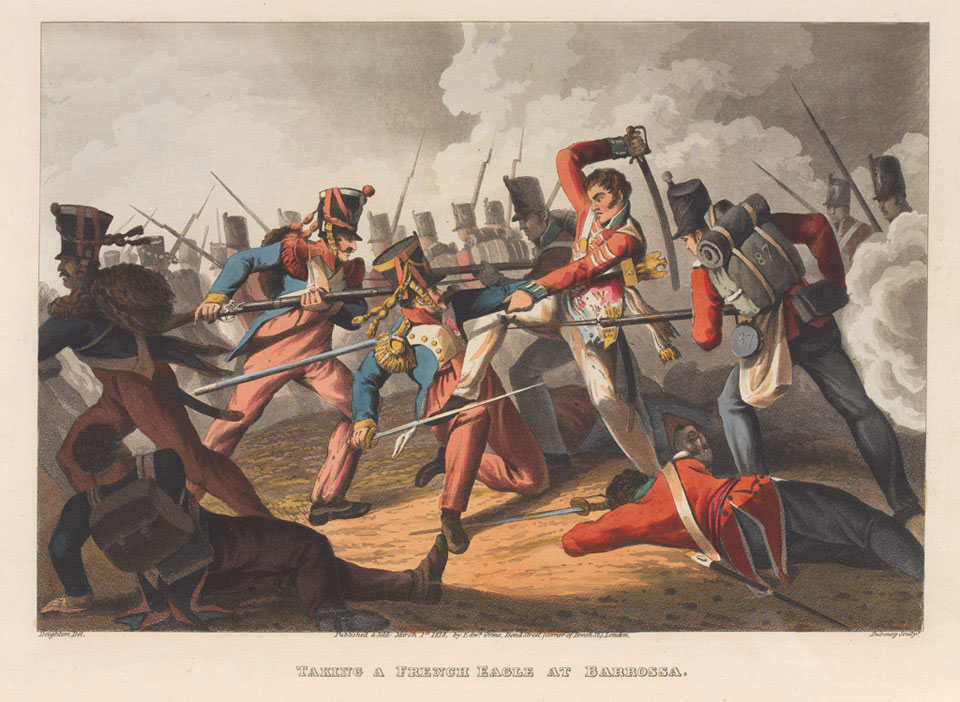 Taking a French eagle at Barossa, 1811

Aquatint drawn by Deighton, engraved by M Dubourg, published and sold 1 March 1818. From 'Historic, Military and Naval anecdotes, of personal valour, bravery and particular incidents which occurred to the armies of Great Britain, 1803-15, and her allies, in the last long-contested war terminating with the Battle of Waterloo', published by Edward Orme, 1819.

This print shows Sergeant Patrick Masterman, 87th (The Prince of Wales's Own Irish) Regiment of Foot, seizing the eagle standard of the 8th Regiment de Ligne at the Battle of Barossa (1811) during the Peninsular War (1808-1814). Masterman had been assisted Ensign Edward Keogh but he was killed during the action. Masterson eventually managed to wrench the eagle from the dying hands of its bearer.