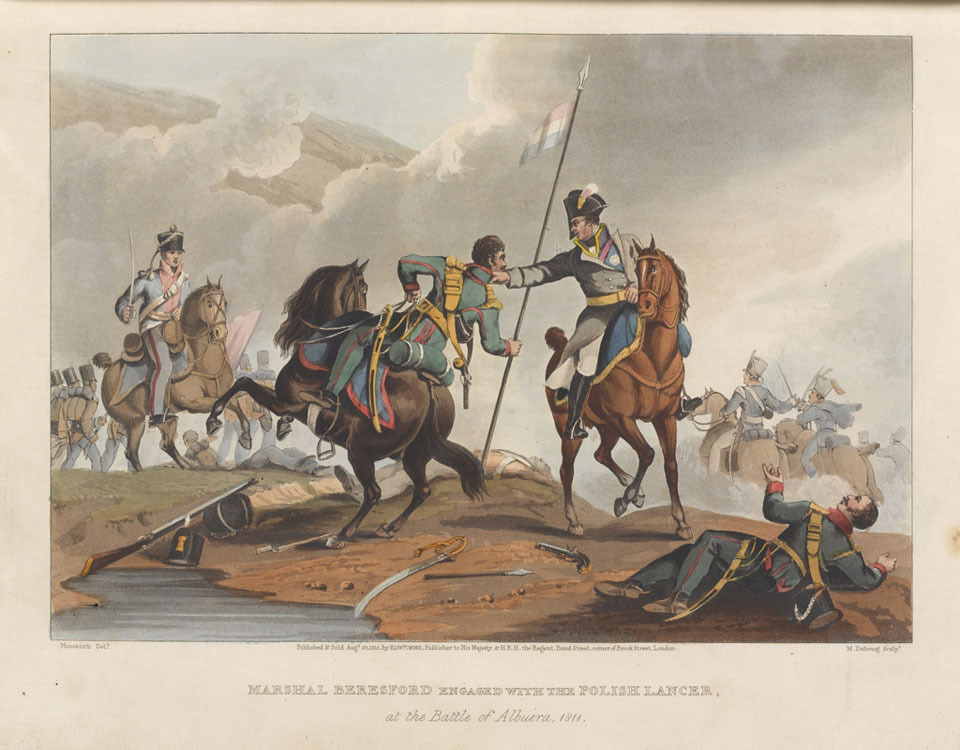 'Marshal Beresford engaged with the Polish lancer, at the Battle of Albuera, 1811'

This print depicts an incident from the the Peninsular War (1808-1814) when Beresford was in command of an Anglo-Portuguese army at the Battle of Albuera on 16 May 1811. A man of great strength, at one stage during the battle he was attacked by an enemy lancer. Beresford dodged the lance, grabbed the lancer by his collar, lifted him from his horse and dashed him to the ground.

From 'Historic, Military and Naval anecdotes, of personal valour, bravery and particular incidents which occurred to the armies of Great Britain, 1803-15, and her allies, in the last long-contested war terminating with the Battle of Waterloo', published by Edward Orme, 1819.