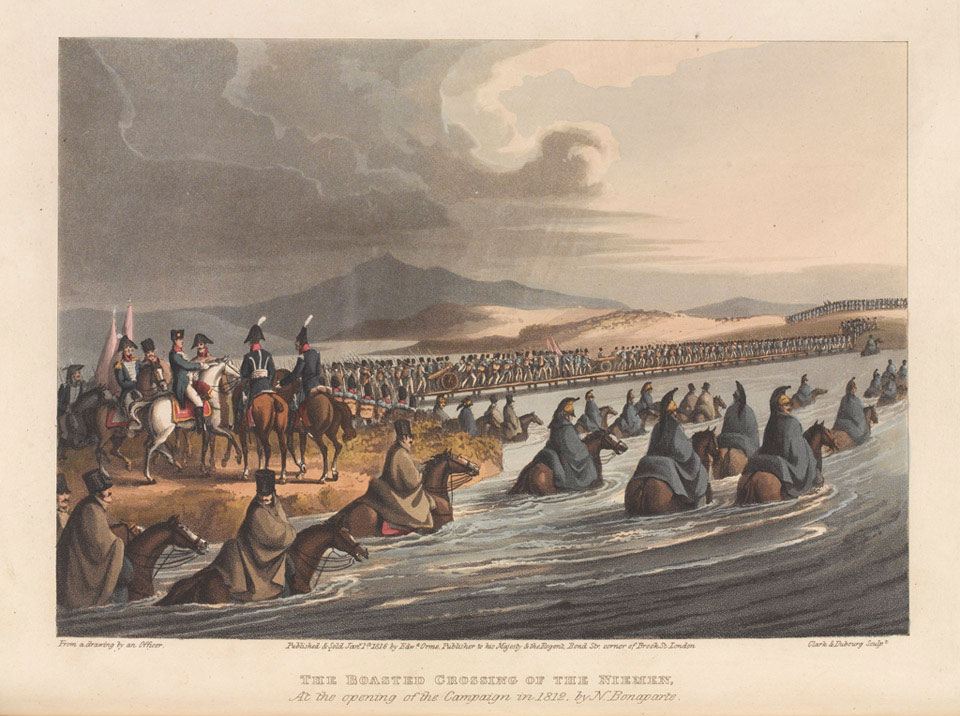 Aquatint from a drawing by an officer, engraved by Clark and Dubourg, published and 1 January 1816.

The French built three pontoon bridges across the Niemen to facilitate their march into Russian territory. The crossing began on 24 June 1812 and Napoleon watched and reviewed his troops as they marched across. Most of the 450,000 soldiers who invaded Russia would never return.

From 'Historic, Military and Naval anecdotes, of personal valour, bravery and particular incidents which occurred to the armies of Great Britain, 1803-15, and her allies, in the last long-contested war terminating with the Battle of Waterloo', published by Edward Orme, 1819.