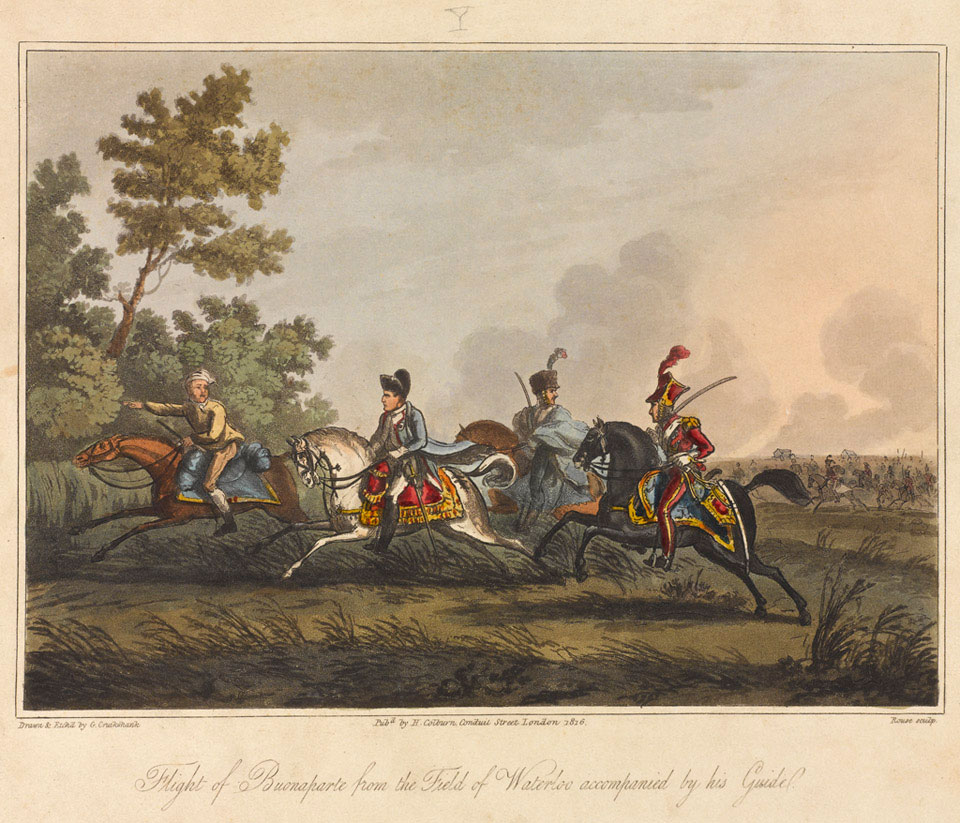 'Flight of Buonaparte from the Field of Waterloo accompanied by his Guides', 1815

Aquatint by James Rouse, drawn and etched by G Cruikshank, published by H Colburn, Conduit Street, London 1816, produced in conjunction with William Mudford's 'An Historical Account of the Campaign in the Netherlands, (London, 1817).

Waterloo brought down the final curtain on a war that had raged for 25 years and marked the end of France's attempt to dominate Europe. It was Napoleon's last gamble for victory. Against him was an allied coalition led by the Duke of Wellington, whom the Emperor publicly disparaged as a commander.

Bonaparte made a last desperate attempt to win the day. Across a field littered with dead and dying men, he launched the Imperial Guard. France's elite stormed towards the British but were overwhelmed by shattering musket fire. A general retreat began - the French Army was routed. Three days later the Emperor abdicated.