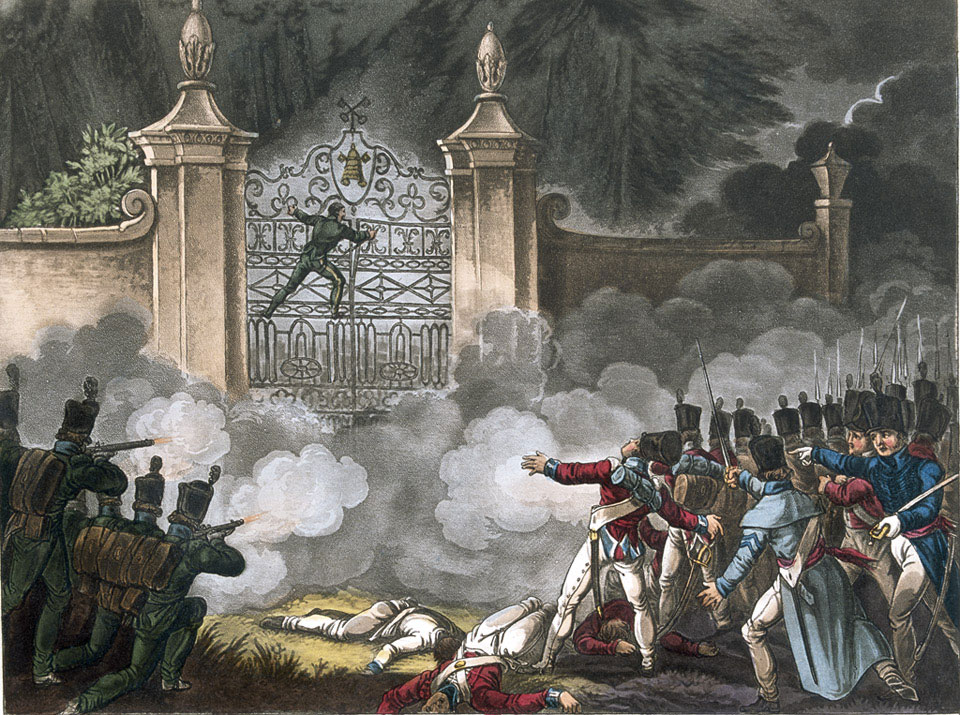 If the British and their allies were to push the French out of Spain, they would have to capture the frontier fortress of Badajoz which controlled the southern route from Portugal into Spain. After a lengthy bombardment to breach the fort's thick walls an attack by escalade (scaling the walls on ladders) was launched. After suffering heavy loses the attackers eventually secured the breach and thanks to their greater numbers overwhelmed the French defenders. The town was then looted and hundreds of Spanish civilians killed before British officers restored order.