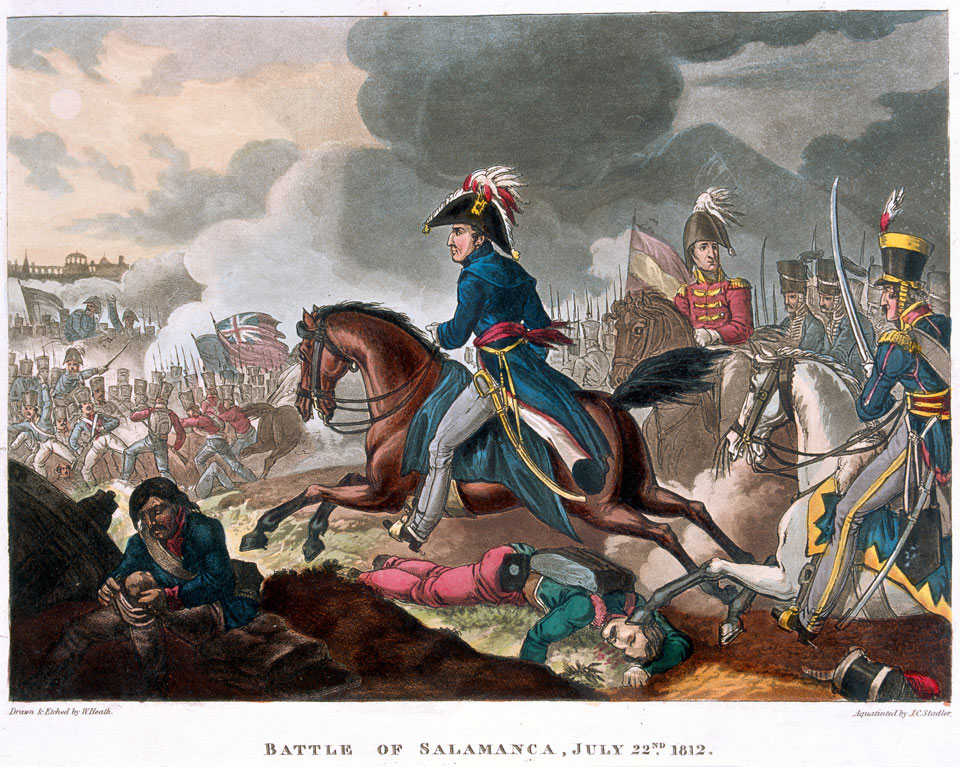 'Battle of Salamanca, 22nd July 1812, Wellington in the midst of the battle'

The battle shook French confidence to such a degree that they never really regained the initiative during the remainder of the war. Wellington's army of 48,600 suffered 5,200 casualties, but inflicted around 14,000 casualties on Marmont's 50,000-strong army.