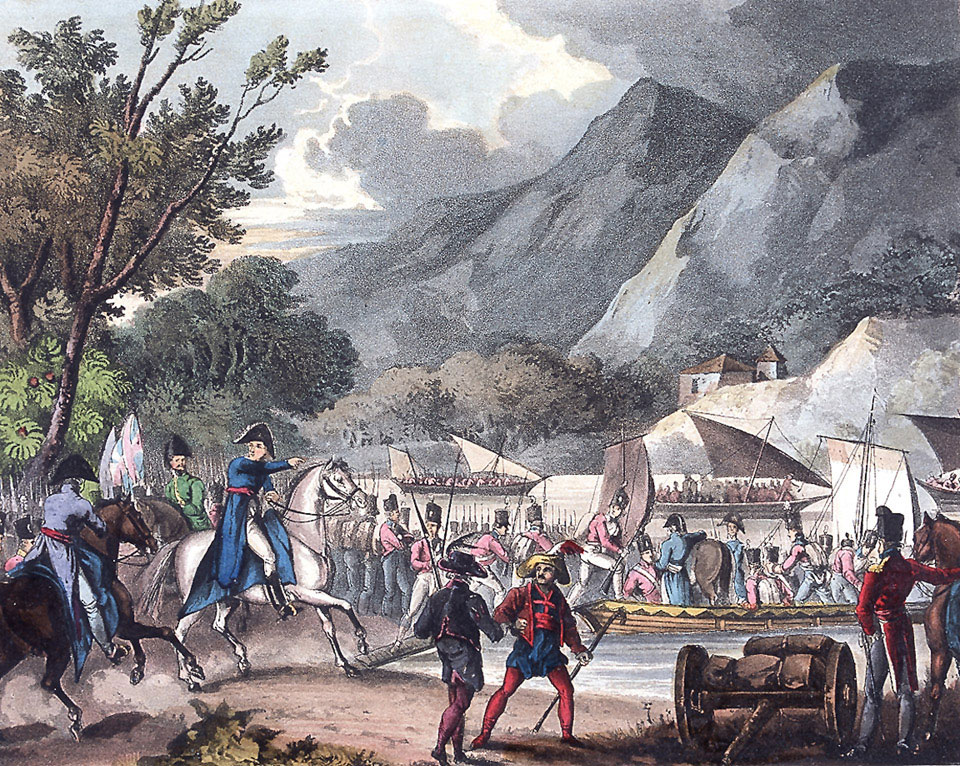 The River Bidassoa, near the Pyrenean coast, formed the border between France and Spain. If the Allies were to continue their pursuit of the retreating French they would have to ford the river and engage Marshal Soult's French army that was encamped on the other side. At dawn on 7 October 1813 the 1st and 5th British Divisions crossed the river at low tide at a point where it was waist deep. The French were taken by surprise and their fortifications were over run before they could be reinforced. By nightfall the Duke of Wellington (shown here directing the operations) was in command of the north bank and the French continued their retreat.