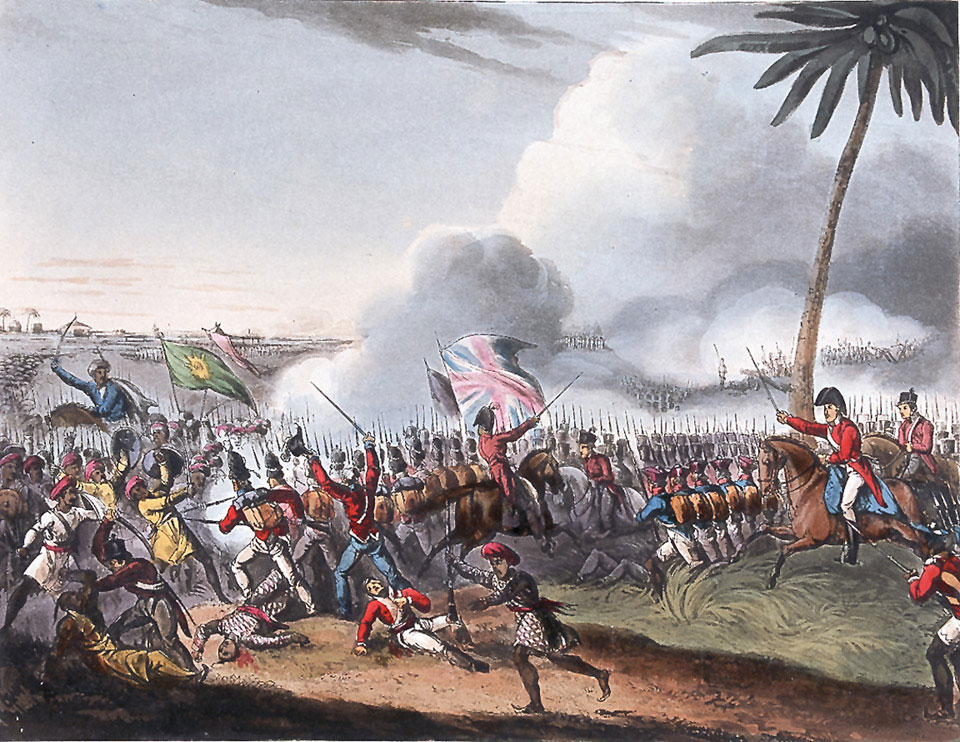 The Battle of Mallavelly took place on 27 March 1799 during the 4th Mysore War (1799). Tipu Sultan's army made a half-hearted stand against the British and their ally, the Nizam of Hyderabad. Tipu's men were forced back towards Seringapatam where they were soon besieged by their enemies.