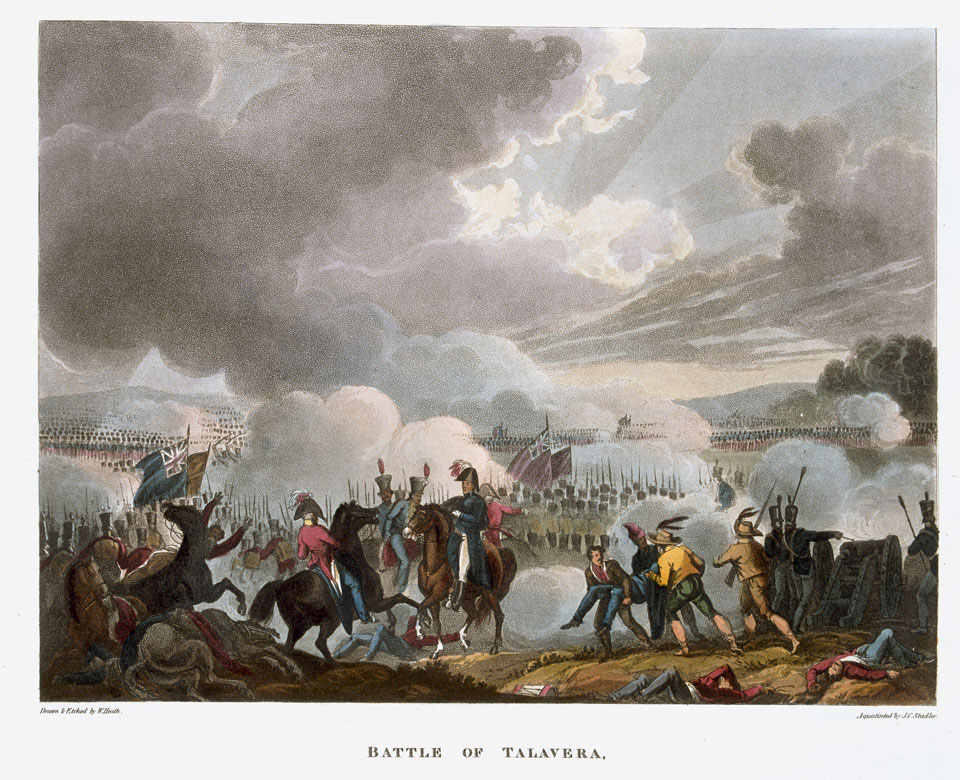 The Battle of Talavera on 27-28 July 1809 took place to the south west of Madrid. An Anglo-Spanish army of 50,000 men commanded by Sir Arthur Wellesley and the Spanish General Gregorio de la Cuesta, faced 46,000 Frenchmen under Marshal Claude Victor and the French King of Spain, Joseph Bonaparte. One of the bloodiest battles of the war, Talavera was something of a stalemate. Although the French withdrew from the field, Wellesley was forced to return with his force to Portugal after another French army under Marshal Soult threatened his lines of communication. Further operations were also restricted by the lack of co-operation between the British and their Spanish allies.