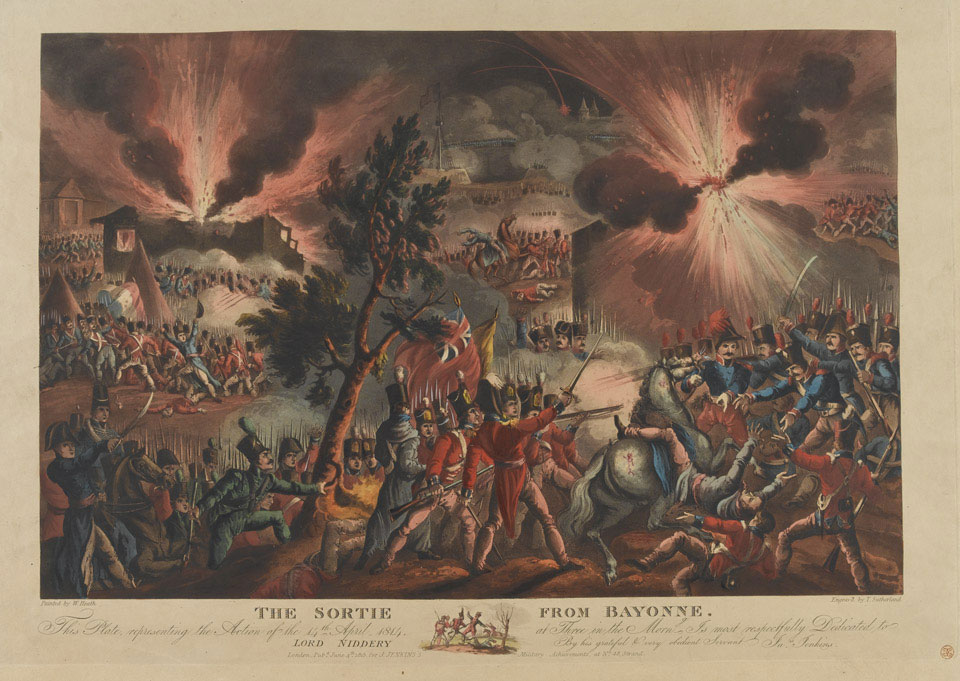 On 14 April 1814 General Thouvenot's French garrison attacked the Allied force under Lieutenant General John Hope that was besieging Bayonne in south west France. The news of Napoleon's abdication two days earlier had not reached the garrison so the battle was a pointless waste of lives (over 800 Allied and 900 French). Thouvenot continued to hold out until 27 April when written orders from Marshal Soult finally compelled him to hand the fortress over to the Allies.