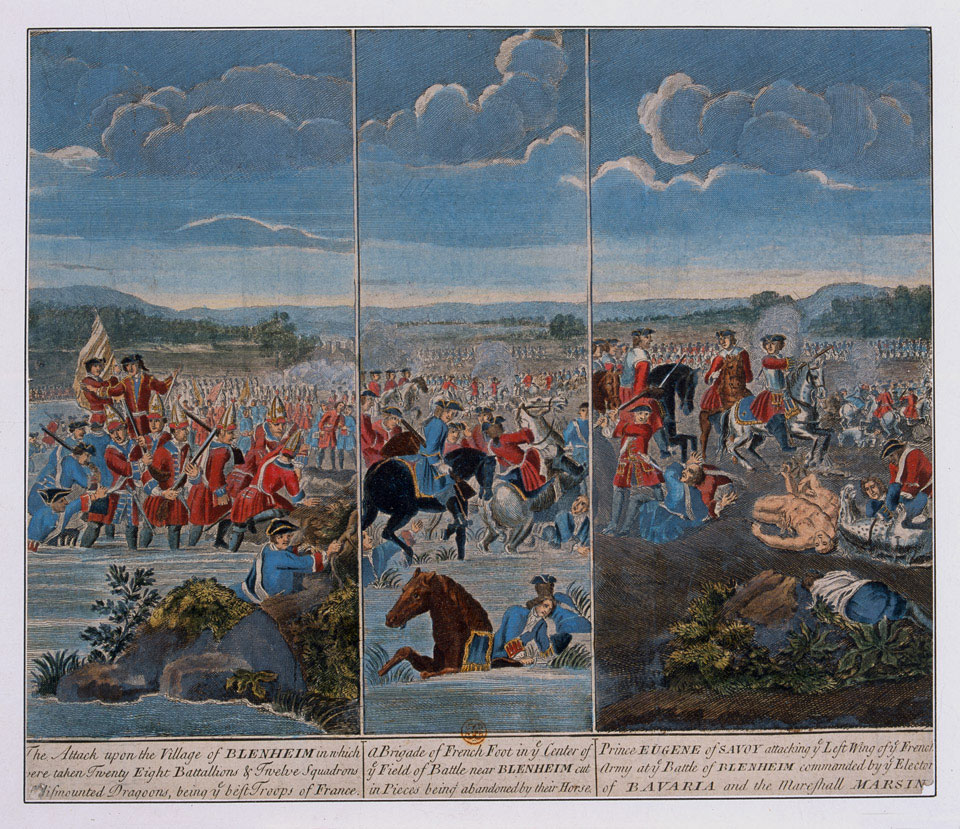 Blenheim was the turning point in the War of the Spanish Succession (1702-1713) which was fought by a coalition of European states to contain French expansion. It did not end the conflict but it destroyed the myth of French invincibility and earned the British Army an enduring reputation for courage and discipline on the battlefield.

The three panels of the engraving depict the attack upon the village of Blenheim, a brigade of French foot in the centre of the field of battle and Prince Eugene of Savoy attacking the left wing of the French Army.