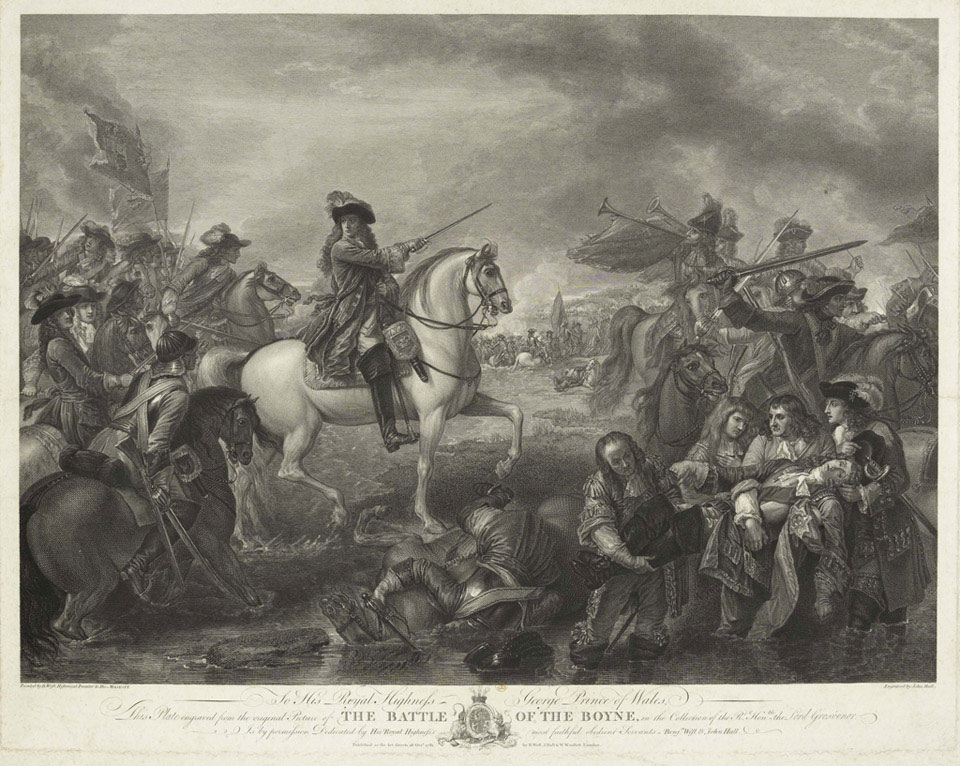 King James II's attempts to secure religious toleration for Roman Catholics, and the dismissal of Protestant officers from his Army, led a small group of Protestant statesmen amd Army officers to invite his son-in-law, William of Orange, to England. James fled and, in the 'Glorious Revolution' of 1688, a Protestant monarchy was reinstated under King William III and Queen Mary II.

The deposed king still had many supporters in Ireland. On 12 July 1690 (Modern Calendar; 1 July 1690 Old Style), his army met the forces of William III by the Boyne River near the town of Drogheda, about 50 km (32 miles) north of Dublin. Despite stiff resistance, William's forces eventually broke through the Jacobite centre and right, causing a general retreat. Although the Battle of the Boyne was later celebrated as a decisive victory for William, Jacobite casualties were comparatively light and the greater part of James's army escaped.