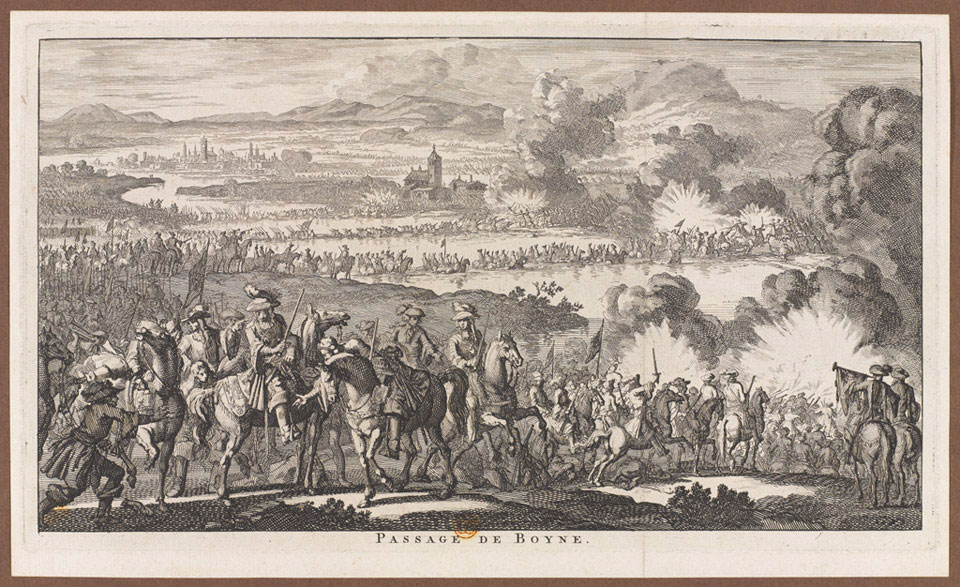 This picture depicts an incident during the Battle of the Boyne when King William III was wounded by a cannon ball, which grazed his leg, taking off a piece of his boot, before slicing the leg off a nearby horse. The National Army Museum holds a piece the lace ruffle that lined the top of the King's boot and is stained with his blood that relates to this incident. It is important to note that the incident actually took place later on in the battle, when the Jacobite army was retreating, rather than at the height of the battle as is depicted in this etching.