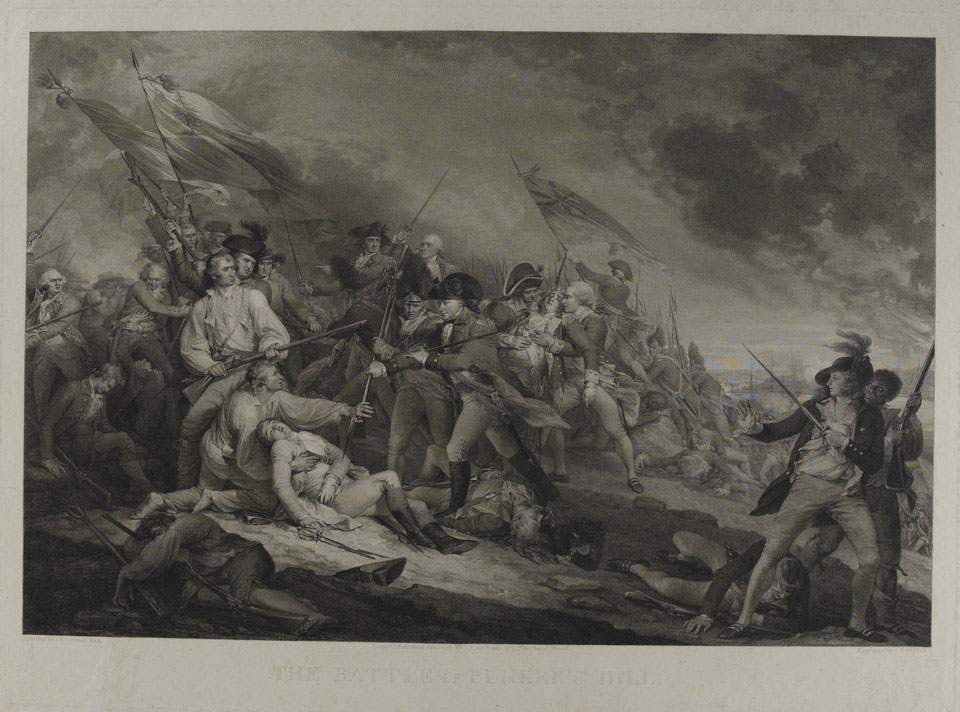 The death of General Warren at the Battle of Bunker's Hill, 1775

On 17 June 1775, during the American War of Independence (1775-1783), British troops were ferried across to Breed's Hill on the Charlestown Peninsula where, at the cost of more than 1000 casualties, they defeated the revolutionaries, who had been besieging Boston, at Bunker Hill. The famous order, 'Don't fire until you see the whites of their eyes' was popularized by stories about Bunker Hill. It is uncertain as to who actually said it!