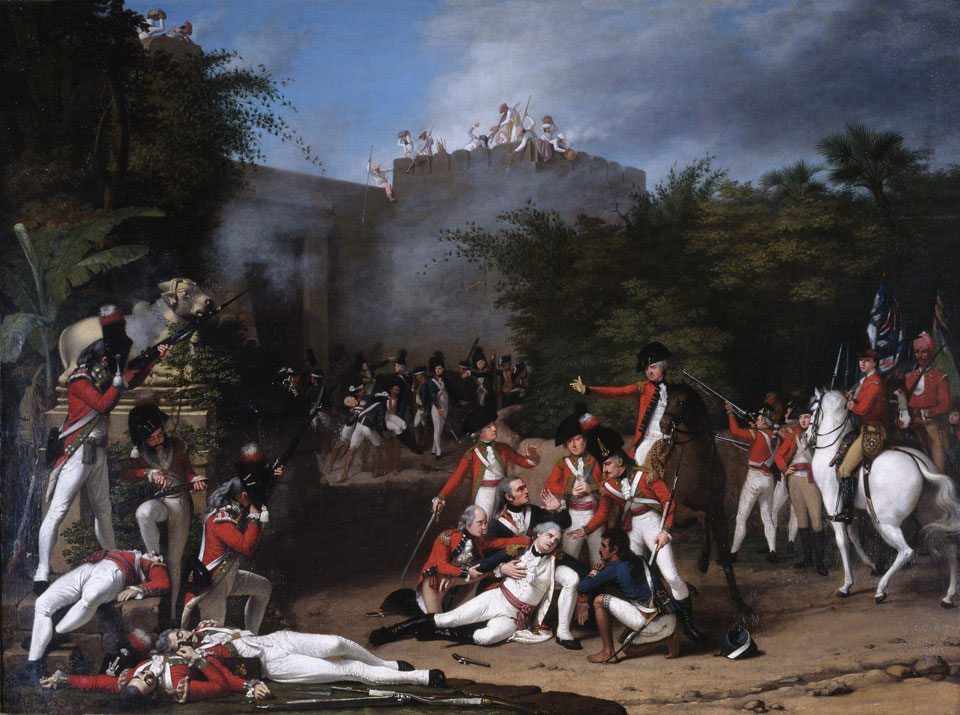 'The Death of Colonel Moorehouse [sic] at the Storming of the Pettah Gate of Bangalore, 7 March 1791'

Joseph Moorhouse was commissioned from the ranks, joining the Madras Artillery in 1768. He was killed, aged 47, leading an assault on the Pettah Gate at Bangalore during the 3rd Mysore War (1790-1792). Mortally wounded, he lies in the centre of the scene, supported by Captain Douglas of the 74th (Highland) Regiment. Others include the second-in-command, Major-General William Medows, riding a brown horse to the right, and Captains Wight, Wynch and Burn in the centre.

The assault on the Pettah Gate proved successful and the enemy was routed. Tipu Sultan, the ruler of the State of Mysore, was forced back to his fortress capital of Seringapatam where, after a few months, peace was signed.

Robert Home arrived in India in January 1791 and in March gained permission to accompany Lieutenant-General Lord Cornwallis, Governor-General of India, on his expedition against Tipu. During the campaign Home produced a number of sketches which were later published.