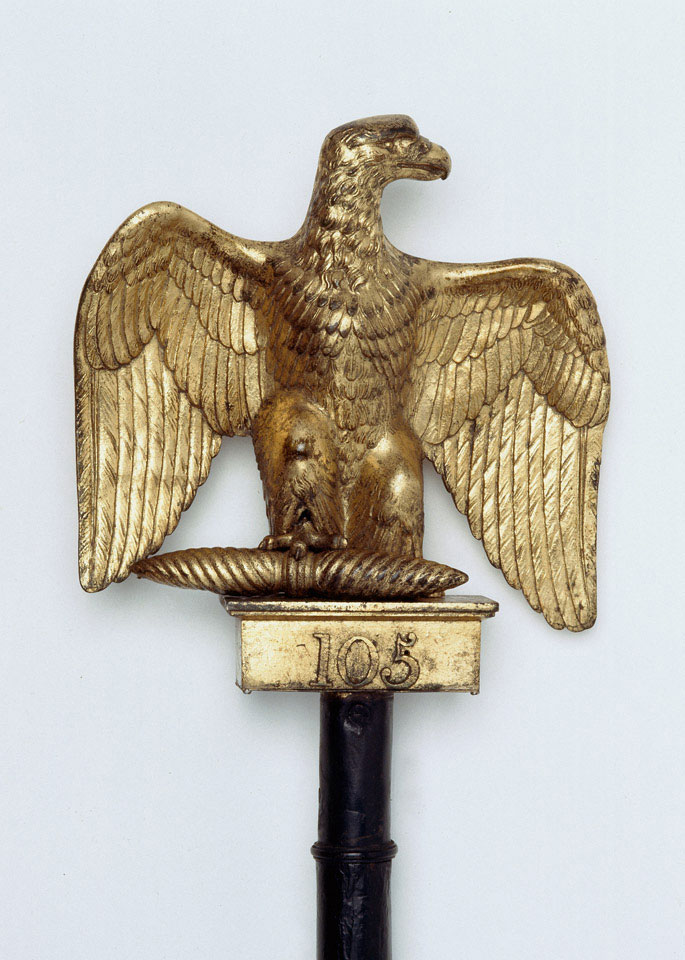 The eagle standard of the French 105th Regiment, captured at Waterloo, 1815

The eagle, a popular emblem of empire builders throughout history, was a rallying point in battle for Napoleon's veteran regiments. Soldiers fiercely defended their standards, as they were symbols of both the French Emperor and their unit identity. This eagle standard of the French 105th Infantry Regiment, captured by Captain A K Clark of the 1st (or Royal) Dragoons, was one of nearly 100 presented by Napoleon to his army in 1815. These eagles replaced those of 1804 that had been destroyed during his first exile in 1814.

The Battle of Waterloo on 18 June 1815 was the last great battle of the Napoleonic Wars (1803-1815) and marked the end of France's attempt to dominate Europe. At Waterloo, the 105th Regiment took part in the unsuccessful attack by D'Erlon's Corps on the left of the Allied Army commanded by the Duke of Wellington. The French were stopped by General Picton's Division and then driven back by the British heavy cavalry.