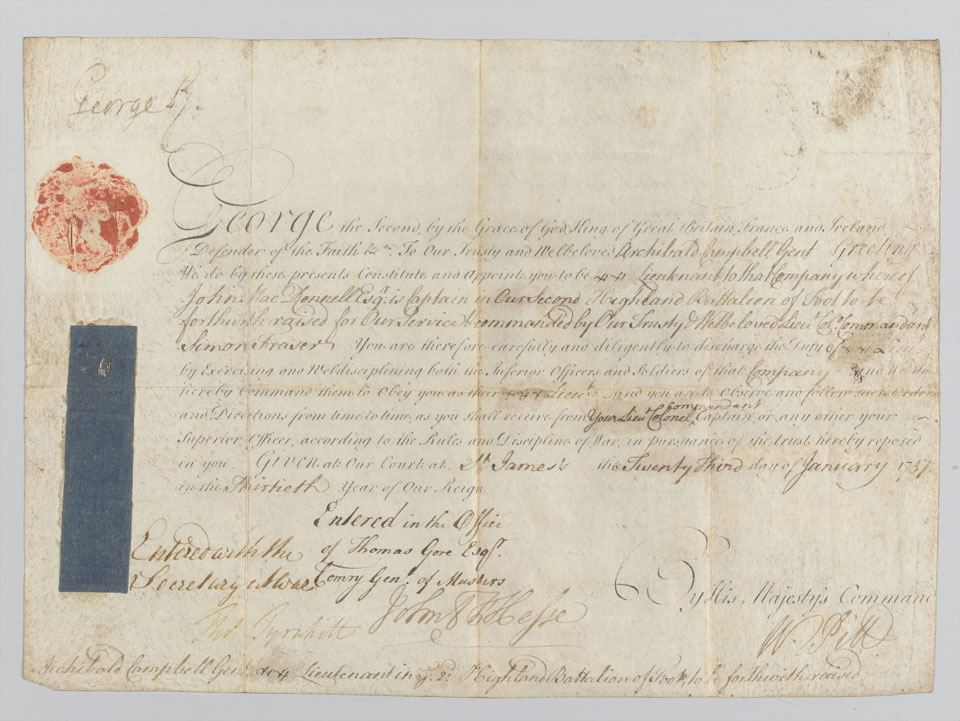 Commission to Archibald Campbell of Glenlyon as Lieutenant in Fraser's Highlanders, 23 January 1757

78th Fraser Highlanders was raised in Scotland in 1757 to fight in North America during the Seven Years War (1756-1763). Simon Fraser, Master of Lovat, and son of the 11th Lord Lovat who was executed for his part in the Jacobite Revolt of 1745-1746, was commissioned as its Lieutenant-Colonel. His regiment took part in the capture of Louisbourg in 1758, the Battle of Quebec in 1759, the capture of Montreal in 1760 and the Battle of Signal Hill in 1762. It was disbanded at the end of the war in 1763.