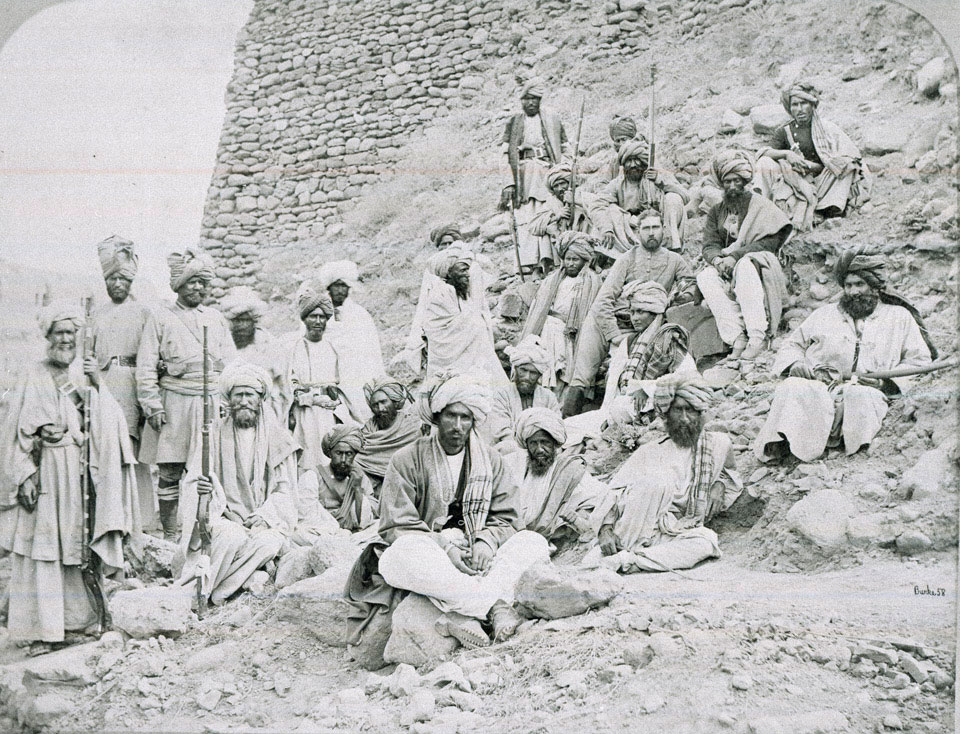 Native chiefs and Captain Tucker, a British Political Officer, pose at Jamrud Fort at the mouth of the Khyber Pass in 1878. During the 1st Afghan War (1839-1842) the Khyber was the scene of many skirmishes that hindered British lines of communication so they were determined to avoid similar difficulties during the 2nd Afghan War. The Treaty of Gandamak which closed the initial stages of the war in May 1879 left the Khyber tribes under British control. From that time on the pass was protected by Afridis who were paid a subsidy by the British.