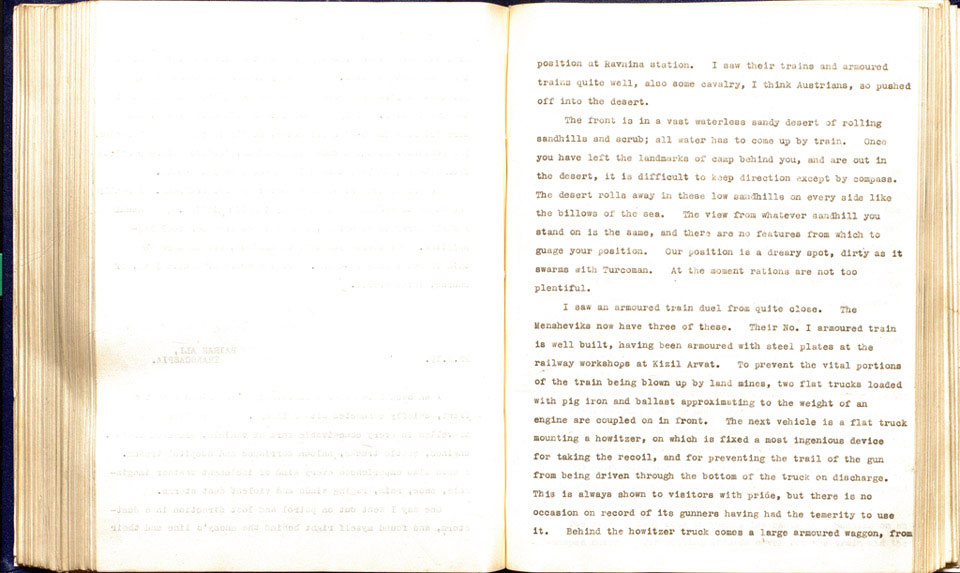 The letters describe operations in East Persia and Persian Baluchistan between June 1915 and September 1918. Uloth's unit were part of a cordon formed against German and Turkish agents who were intent on encouraging anti-British unrest in Afghanistan and on the North West Frontier of India.

From September 1918 the letters describe operations against the Bolsheviks in Russian Turkestan, or Transcaspia. Uloth served there until May 1919 when his unit was withdrawn to Persia. The final letters in the volume cover his long travels back to England on leave.