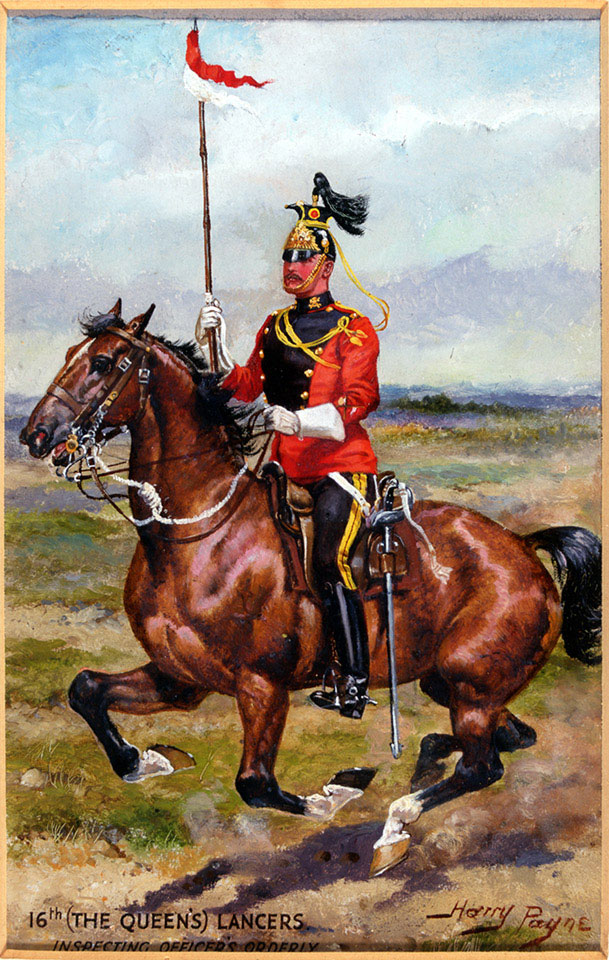 The 16th Lancers had returned to Britain from South Africa in 1904. During the Boer War (1899-1902) they took part in many engagements including the Battles of Paardeberg and Diamond Hill and the Relief of Kimberley (1900).

One of a series of 14 oil paintings depicting various units of the British Army.