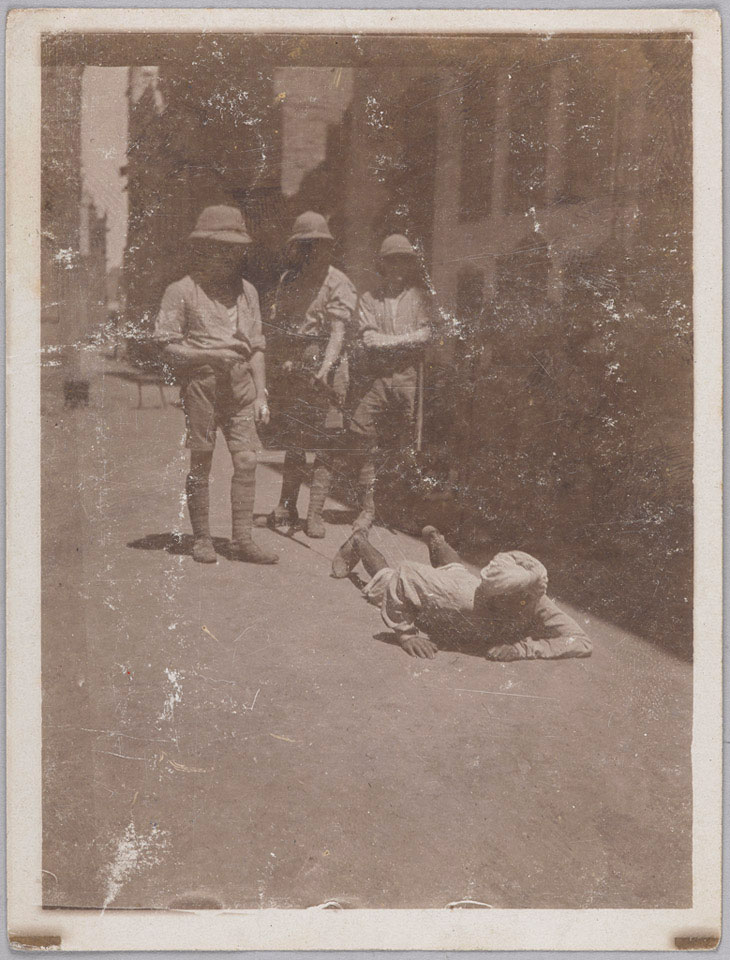 'Native crawling up street where Miss Sherwood was assaulted, 1919'

The soldiers depicted were probably from the 25th County of London Cycle Battalion. The caption refers to an incident on 10 April 1919 in Amritsar in the Punjab. Riots had broken out that day during anti-British demonstrations and several Europeans had been killed and many buildings damaged. Around 20 Indians were shot by the Army. During the unrest, Marcella Sherwood, a Church of England missionary, was set upon by a crowd as she cycled down a narrow lane. Although badly beaten she survived, but the incident outraged British opinion and helped convince them to place most of the Punjab under martial law. In the days that followed, the British made Indian men, even those who had gone to Miss Sherwood's aid after the attack, crawl along the street as a punishment.

Three days later, thousands of unarmed protesters, as well as people out enjoying a local festival, were gathered at Jallianwala Bagh (garden) when they were fired upon without warning by Indian Army troops. Most of the people present did not know that Martial Law had been declared. The order to fire was given by Brigadier-General Reginald Dyer. The official report stated that 379 people were killed and 1200 wounded, but the true figure was much higher. The massacre was a watershed in the history of British India and helped pave the way for the growth of Gandhi's independence movement.