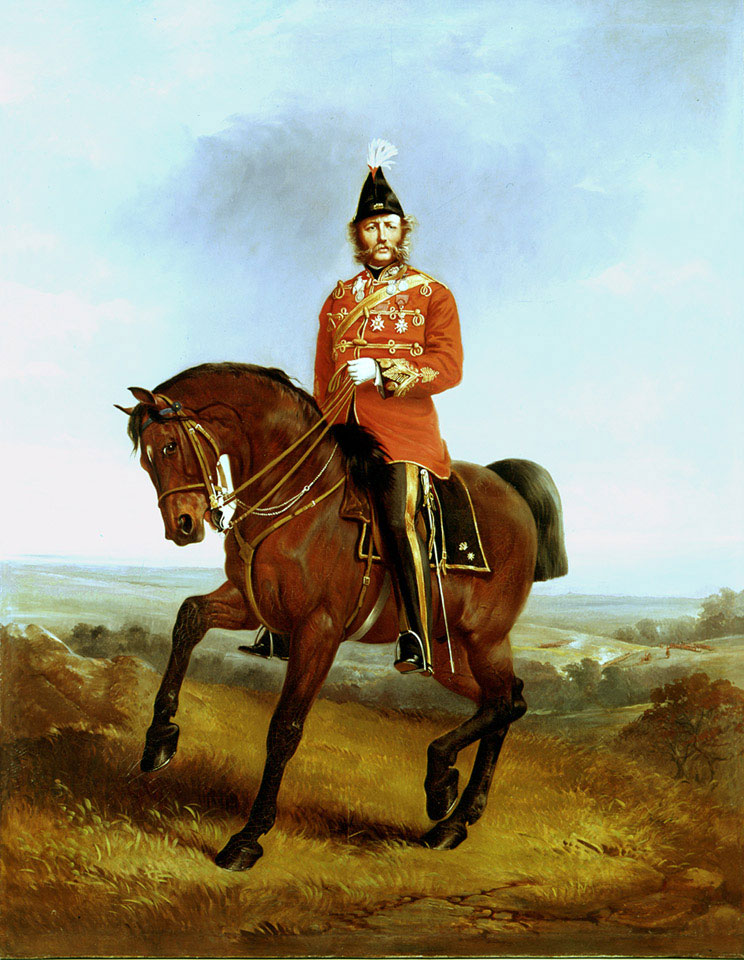 McMurdo (1819-1894) was commissioned in the 8th (The King's) Regiment of Foot in 1837. In 1841 he became lieutenant in the 22nd (The Cheshire Regiment) Foot and accompanied the regiment to India. There he served under Sir Charles Napier in Sindh, taking part in the battles of Meeanee and Hyderabad (1843). Later that year he was promoted to captain in the 28th (North Gloucestershire) Regiment, but then transferred to the 78th Highlanders. In 1844 he married Napier's daughter and three years later was appointed his aide-de-camp.

In 1853 he was promoted to Lieutenant-Colonel and acted as assistant Adjutant-General in Dublin. McMurdo was appointed Director-General of the newly formed Land Transport Corps and served in the Crimea (1854-1856) in command of the Grand Crimean Central Railway that ran from Balaklava to Sebastopol. In 1857 McMurdo was made Colonel-Commander of the corps (renamed the Land Transport Corps) and from 1860 he served as Inspector General of Volunteers. In 1865 he established the Engineer and Volunteers Staff Corps. McMurdo then commanded a brigade in the Dublin district (1866-1870) and at Rawalpindi (1870-1873). He was promoted to major-general in 1868 and general in 1878. McMurdo was made KCB in 1881 and GCB in 1893.