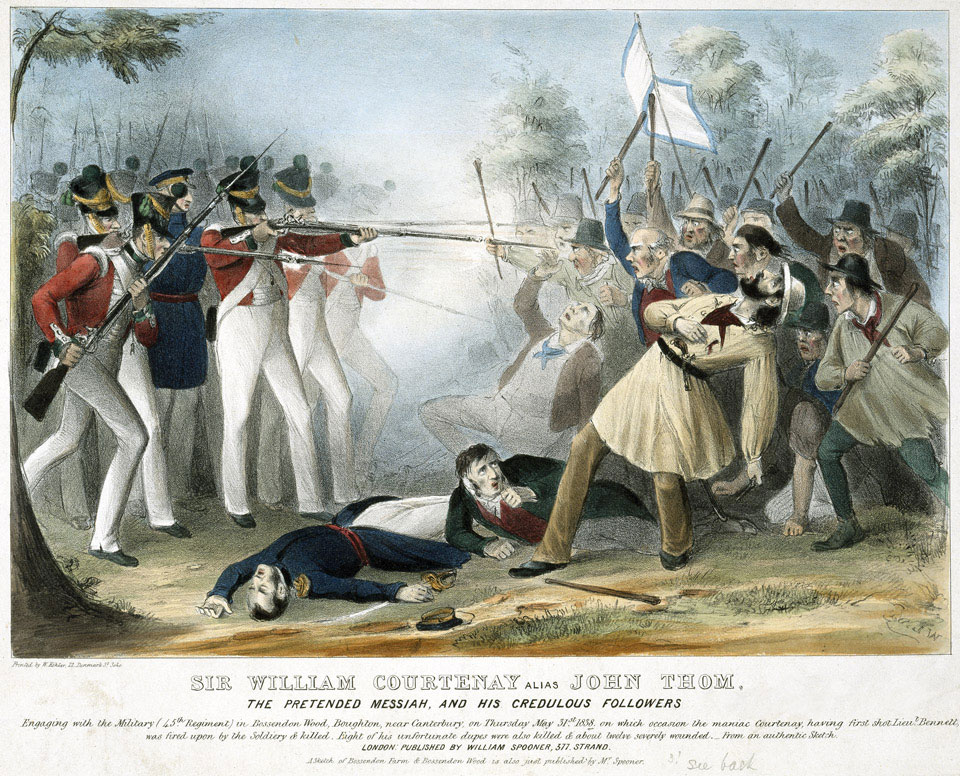 On 31 May 1838 the 45th (Nottinghamshire) Regiment helped quell a riot by Kentish labourers at the so-called 'Battle of Bossenden Wood' near Hernhill. The labourers were led by the self-styled Sir William Courtenay (whose real name was John Nichols Tom), whose millenarian preaching found support amongst the rural poor who were protesting against the New Poor Law of 1834. On 29 May Courtenay shot a parish constable who attempted to arrest him during a demonstration. When news of the murder reached the local magistrates, they sent to Canterbury for soldiers and a detachment of the 45th Foot was despatched under Major Armstrong.

Two days later a small skirmish occurred in which eight labourers or yeomen were killed or wounded. Courtenany himself was shot after killing Lieutenant Henry Bennett. Over the following days 30 of Courtenay's followers were arrested and eventually 16 were committed for trial on a charge of murder. The jury returned a guilty verdict but with a recommendation for mercy so the judge commuted the sentences to varying terms of prison and transportation to Australia..