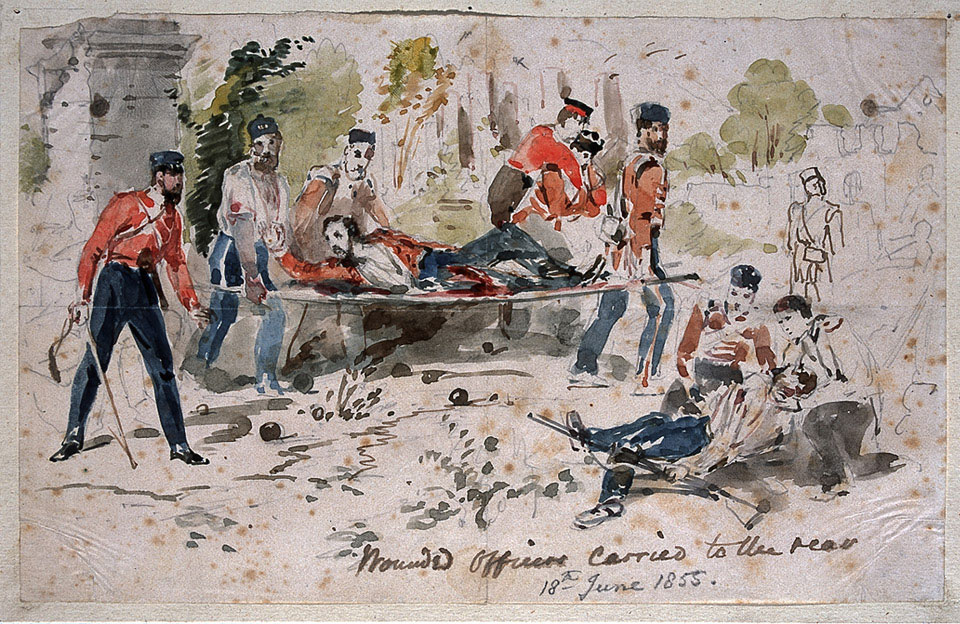 It depicts the wounded officer, Captain The Honourable Charles Welbore Herbert Agar (1824-1855), 44th (The East Essex) Regiment of Foot - lying on a litter addressing a colleague as he is carried from the field of battle. Although 'Ellis Agar' was one of the family surnames of the Earls of Normanton, The Honourable Charles Agar clearly did not assume it. Agar had joined the 44th Regiment as an ensign on 30 March 1844, purchased a lieutenancy on 27 February 1846 and his captaincy on 25 March 1853.