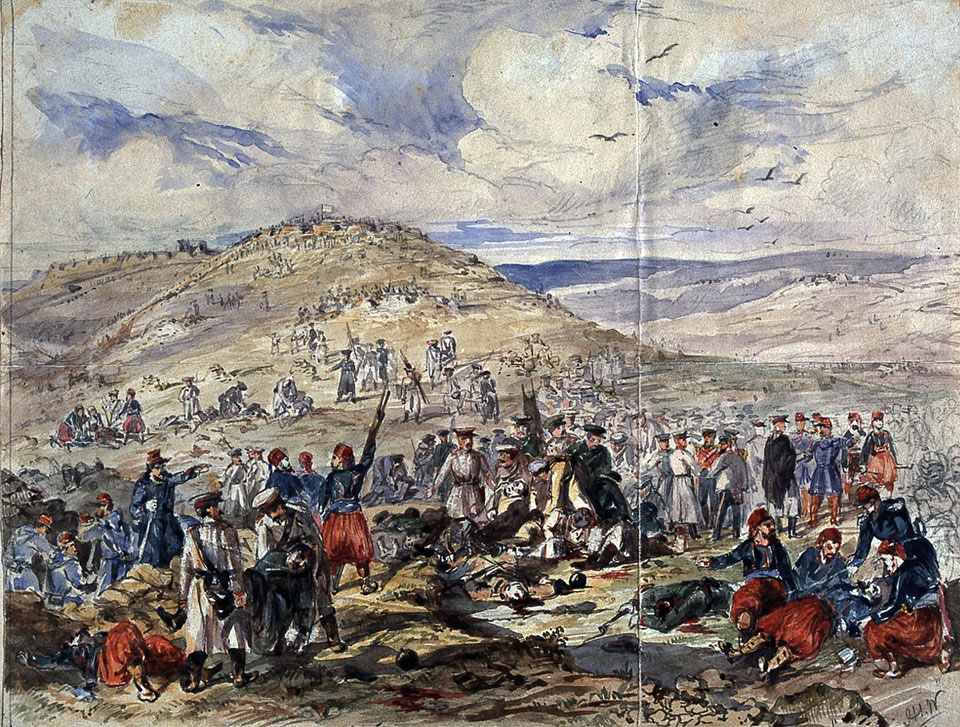 Truce for burial of the dead before Sebastopol 24 March 1855

A comparison between this watercolour and the print that reproduces it reveals how the engravers of 'The Illustrated London News' altered and combined images to suit the publisher's purposes, whilst carefully retaining the salient features referred to in the accompanying description of the scene written by the artist. On 22 March, the Russian Army had made a concerted attack on the Allied entrenchments, at a cost of considerable loss of life on both sides. Consequently, two days later on 24 March, a two-hour ceasefire was agreed to enable both sides to bury their dead. In the event, all parties also took advantage of the opportunity to survey the battlefield and to converse with each other on the progress of the war. According to Wilkinson, writing in the camp before Sevastopol, 30 March 1855:

'The flags of truce continued flying long after the appointed hour; but at length, as the last of the burying party withdrew within our respective lines of defences, they were lowered; and the immediate crack of the rifle and boom of heavy artillery proclaimed that peace was at an end.'