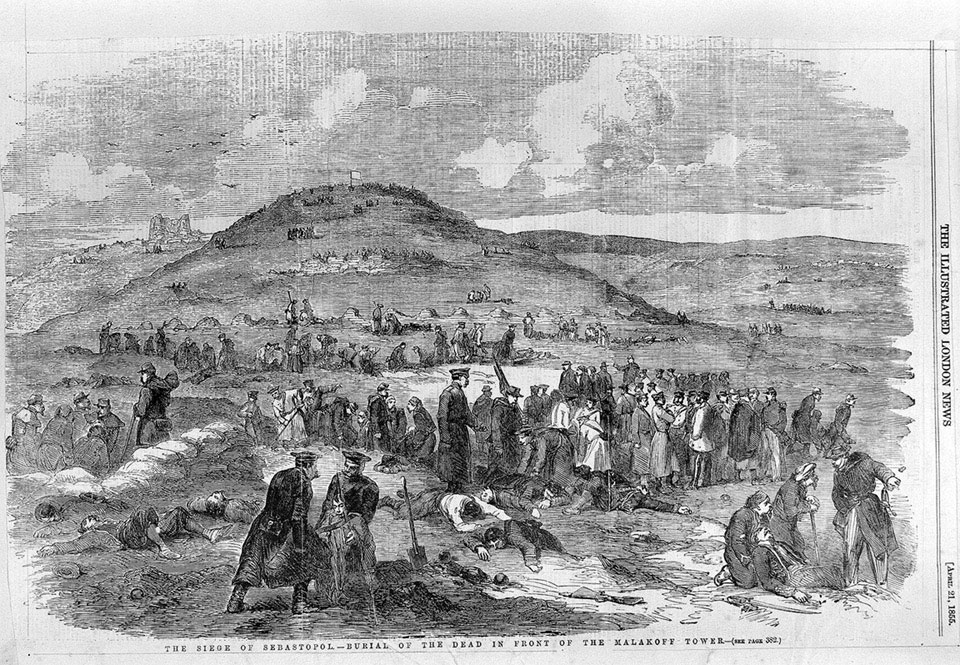 'The Siege of Sebastopol - Burial of the dead in front of the Malakoff Tower, 24 March 1855'

In the text that accompanied this print in 'The Illustrated London News' the artist described the scene: 'On the right is the body of a gallant officer of Zouaves, which had been extricated from the ruins of a parapet thrown down by the enemy during their temporary success. On the left is seen part of this parapet, still occupied by the French covering party. In the centre of the picture is the Mamelon, its sides thronged with parties carrying the ghastly and distorted dead to a soldier's grave; and, in the distance, on the left, may be observed the ruined Round Tower, formerly demolished by our Lancaster guns, but now surrounded by a most formidable earthwork, and yet further strengthened by a deep trench and abattis along its front.

Conspicuous from his height amongst the group on the right, is a Russian officer of distinction, wearing a long black poncho over his uniform. In general, I may observe, the Russian officers were well and carefully dressed; so much so as to lead some to conclude that they were got up for the occasion - a thing which assuredly could not be laid to the charge of many in our own ranks.'