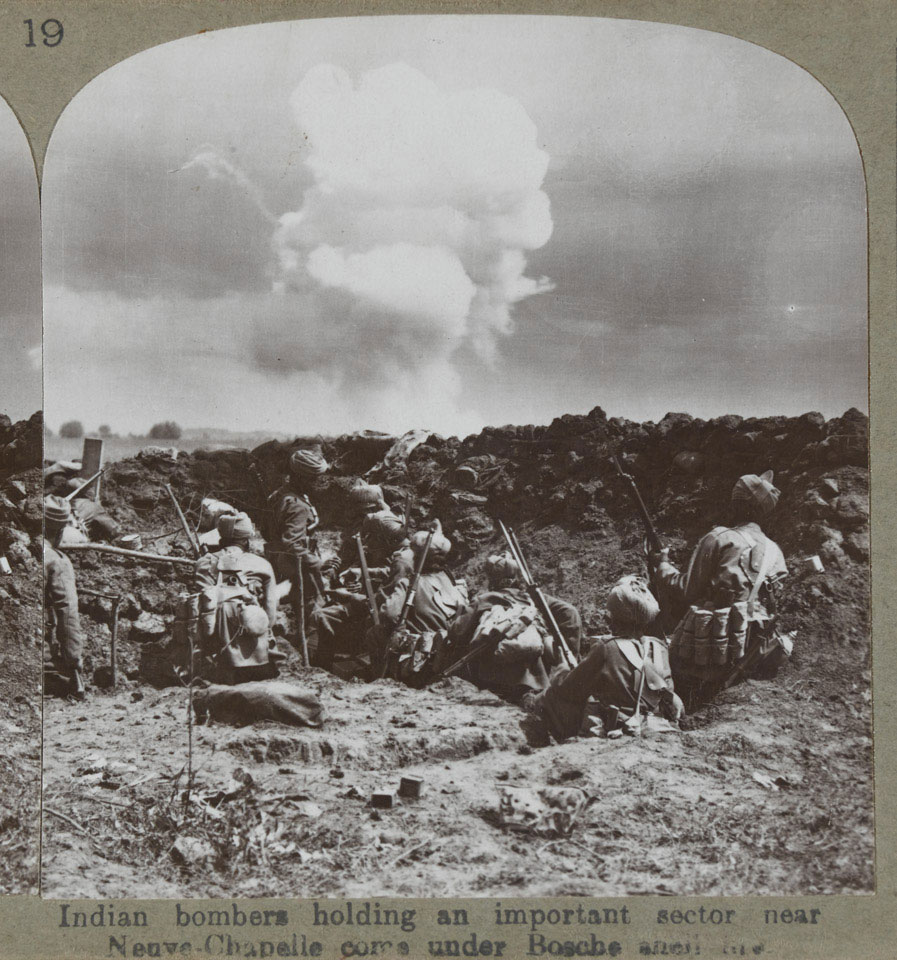 The war of attrition in France and Belgium was totally different from the frontier fighting that Indian soldiers had trained for on the subcontinent. Despite this, they acquitted themselves well. The Meerut and Lahore Divisions of the Indian Corps provided half the attacking force at the Battle of Neuve Chapelle in March 1915. Over 4,000 Indians became casualties during the operation.