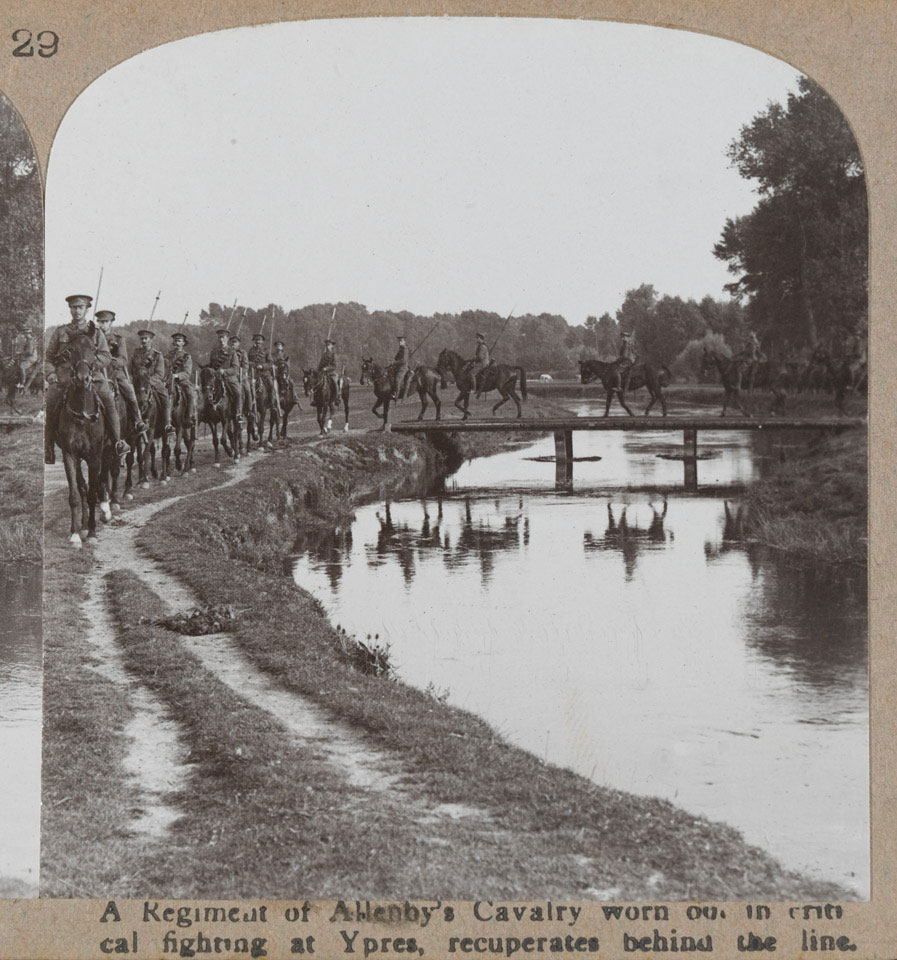 'A Regiment of Allenby's Cavalry worn out in critical fighting at Ypres, recuperates behind the line', 1914

Major-General Edmund Allenby commanded the Cavalry Division of the British Expeditionary Force (BEF) in 1914. The latter formation distinguished itself at Mons (23 August), Le Cateau (26 August), the Marne (5-12 September), the Aisne (13-28 September) and Ypres (19 October-22 November) alongside many other smaller actions. During these engagements the division served as both a mounted mobile force and as dismounted infantry. Following the 1st Battle of Ypres (1914), Allenby was promoted to commander of the 3rd Army.